Western Michigan entered the Cotton Bowl with high hopes. With their high-scoring offense powered by one of the most efficient passing games in college football and a defense that allowed an average of 19.5 points/game, they believed they could do more than just hang with the Wisconsin Badgers.

After all, they beat two Big Ten teams during the season (Northwestern and Illinois). There is no reason why they couldn’t beat one more, right? 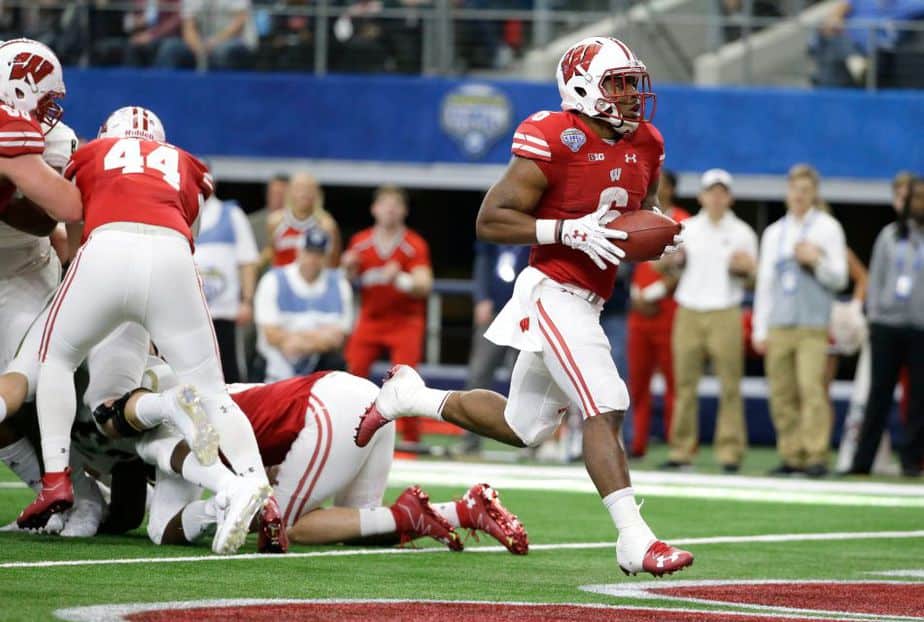 Technically—except Wisconsin is a whole lot better than Northwestern and Illinois. By the time the game ended Monday afternoon, that fact was clear to the Western Michigan Broncos as they fell to the Wisconsin Badgers 24-16.

Wisconsin set the tone early on with a pair of touchdown drives to start the game; one finished off by a two-yard Corey Clement run and the other a one-yard plunge by Dare Ogunbowale. With the way the Western Michigan defense looked on both drives, it appeared as if it as going to be a long day for the Broncos.

But the Broncos defense held the Badgers on the next drive, and quarterback Zach Terrell finally got the offense moving on its next possession. It took them 16 plays, but on third and goal from the Wisconsin two-yard line, Terrell got his team on the board with a two-yard run.

From this point on, the Broncos turned it into a much more competitive game. They opened the second half with a field goal to trim the deficit to 17-10. The defense did them a favor on Wisconsin’s opening drive of the half by forcing a fumble, but the offense failed to take advantage of it.

The Badgers didn’t take control of the game for good until early in the fourth quarter. A Zach Terrell interception set the Badgers up on the Western Michigan 12-yard line. Three plays later, Alex Hornibrook threw his second pass of the day and connected with tight end Troy Fumagalli on an eight-yard touchdown pass to make the score 24-10. 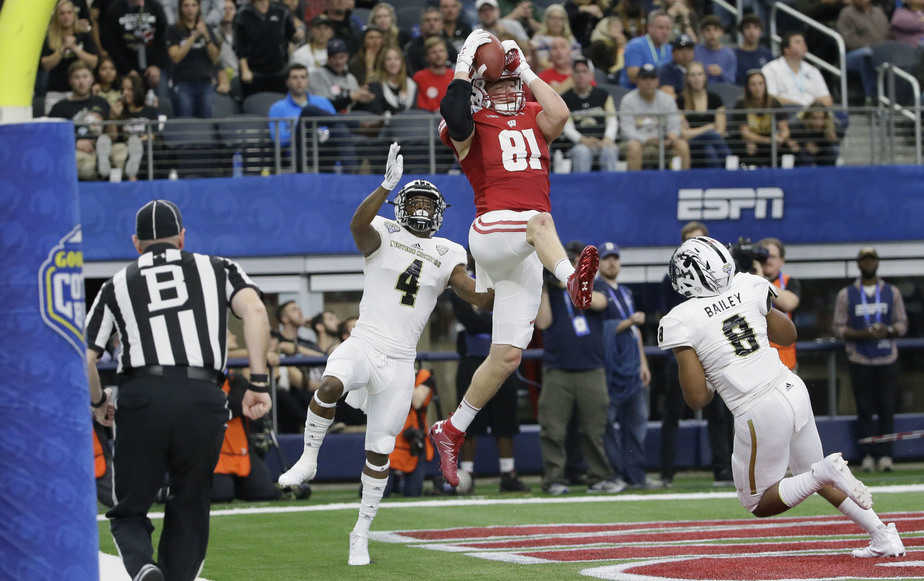 Zach Terrell would get Western Michigan back in the end zone one more time with an 11-yard pass to Corey Davis (for his 51st career touchdown). But the drive took too much time off the clock (8:59) leaving the Broncos with no choice but to try an onside kick.

They failed to recover it, Wisconsin ran the final 3:27 off the clock and the undefeated season came to an end for the Broncos with a 24-16 defeat at the hands of the Badgers.

Games featuring a Power Five team and a Group of Five team are often frowned upon by fans since the competitive level is often drastically different. Even though the Group of Five representatives the last two years had won, the fans didn’t exactly turn out for this one. The official attendance was announced as 59,615, the lowest since the game moved into AT&T Stadium (seats 80,000) and since the 1998 game (Texas A&M-UCLA; 59,215)

To put the attendance into perspective, in 2013, over 54,000 watched the Class 5A high school state championship (Star-Telegram).

So the lack of attendance had nothing to do with people not wanting to watch a football game. They just didn’t care about the two teams playing.