Could A Milwaukee Bucks Playoff Run Signal The Rise Of Giannis Antetokounmpo?

With a record of 42-40, the Milwaukee Bucks are not exactly a team that many are expecting much from in the playoffs. While they do have some promising talent, in the playoffs, promising talent is not enough to get it done. Whatever talent a team has must dominate. It must act like it’s been there before, belongs now, and will not be going away anytime soon.

You know—like Giannis Antetokounmpo did against the Toronto Raptors in Game One of their first-round playoff series. 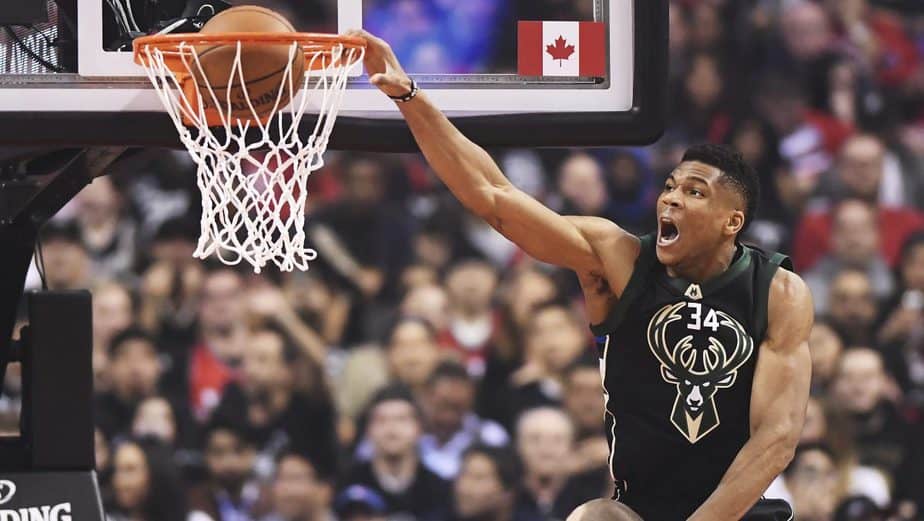 Antetokounmpo, who has made a name for himself thanks to a mixture of talent, athleticism, and size (earning him the nickname “The Greek Freak”), led the way for the Bucks with 28 points, eight rebounds, and three assists as Milwaukee beat the Toronto Raptors 97-83.

The loss stretched the Raptors streak of Game 1 losses to eight.

“If I had the answer, maybe we would have pulled it out tonight,” Raptors star DeMar DeRozan said after the game. “It’s something now that we’re not unfamiliar with, being at this point. It’s never ideal.”

The Raptors have every reason not to be worried about falling a game behind after last year’s playoff run. They lost Game One against the Pacers (first round) and Heat (conference semis) last year and went on to win each series in seven games.

Much like last season’s playoff run, the Raptors appear like they will have to deal with sporadic shooting from their superstars. Kyle Lowry was a dreadful 2-11 from the floor for just four points (he missed his only free throw). DeRozan wasn’t too much better making just seven of 21 shots; luckily, he was 13-14 from the free throw line.

It didn’t help that no one was really able to pick up the slack. As a team, the Raptors only made 36 percent of their shots.

However, while they need to find their own shot, they are also going to have to figure out what to do about Milwaukee’s. Antetokounmpo was an incredible 13-18 from the floor, and he got plenty of help from his teammates as well. Malcolm Brogdon put up 16 points, Tony Snell chipped in 11, and Khris Middleton added on ten. They even had two players on the bench score in double figures.

As a team, the Bucks shot 44.7 percent from the floor.

Milwaukee started the game off on the right foot and took a 30-22 lead after the first quarter. But the Raptors got it together for one-quarter; they put up some points (29) and limited the Bucks offense (16). But the 51-46 halftime lead wouldn’t last. 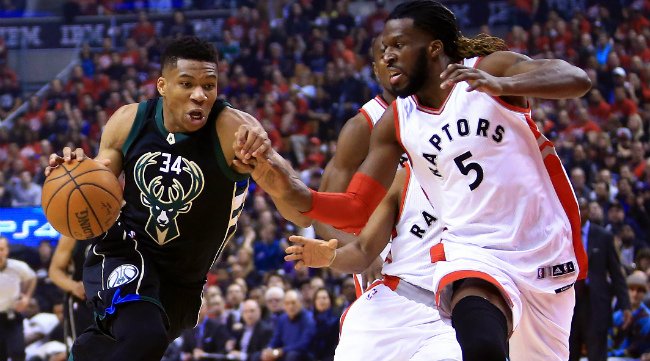 But then the Bucks outscored the Raptors 51-32 in the second half and cruised to victory.

“It’s big for us, but now we have to focus on Game 2,” Antetokounmpo said (ESPN). “We know they’re going to be more desperate.”

The Raptors will like come out a little more intense Tuesday for Game Two knowing that they can’t go to Milwaukee down 2-0.

Should the Bucks move on to the next round, the team very well could see the rise of Antetokounmpo. Most NBA fans are aware of him thanks to his nickname, but since he plays for a small market team, there is a good chance many fans have not seen him play.

Once they do, they’ll find it hard to stop watching!