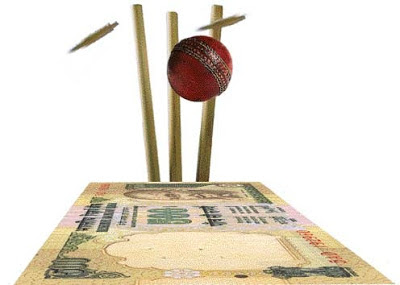 Without a doubt, cricket is one of the biggest sports in Australia. The Baggy Green, a cap worn by players who have the chance to represent Australia at Test Cricket, is now a symbol of national pride in the country.

There a number of big cricket tournaments played in Australia, including the KFC Big Bash League. These events are very popular with the Australian public and thus draw good crowds, at the stadium and on television. With the international team also playing year-round, at home and abroad, there are plenty of opportunities for cricket betting in Australia.

One event, that always captures the imagination of the Australian public and the wider cricketing world in general, is The Ashes. One of the greatest rivalries in the world of sport, The Ashes is a Test Match series contested between Australia and England. This is one event, where cricket betting in Australia can become very biased, as they patriotically back their team, without too much thought to the actual details and statistics surrounding the match. While this is not generally advised as a good technique to win money, if done for fun, it can be entertaining.

Domestic Australian cricketing competitions, such as the KFC Big Bash League, draw big average crowds over the course of the season. The KFC Big Bash League in-particular, is a very popular tournament in Australia and features city-based franchises. Held over the course of five weeks during the Christmas and new year period, the Big Bash League is a fast paced, Twenty20 competition and offers plenty of exciting betting opportunities. There’s the outright winner market, top run scorer, top wicket taker, player with the most sixes, plus all the live in-play options that make each match in itself, very exciting to bet on.

Cricket betting in Australia will continue to be popular, especially with the national team playing matches throughout the year. The addition of domestic leagues, such as the Big Bash, has brought an additional excitement to cricket betting and as this gains in popularity, so will the amount of money being gambled on it. Join Jon Price and our international team of cricket pickers here at Sports Information Traders and let us help you increase your bankroll today!