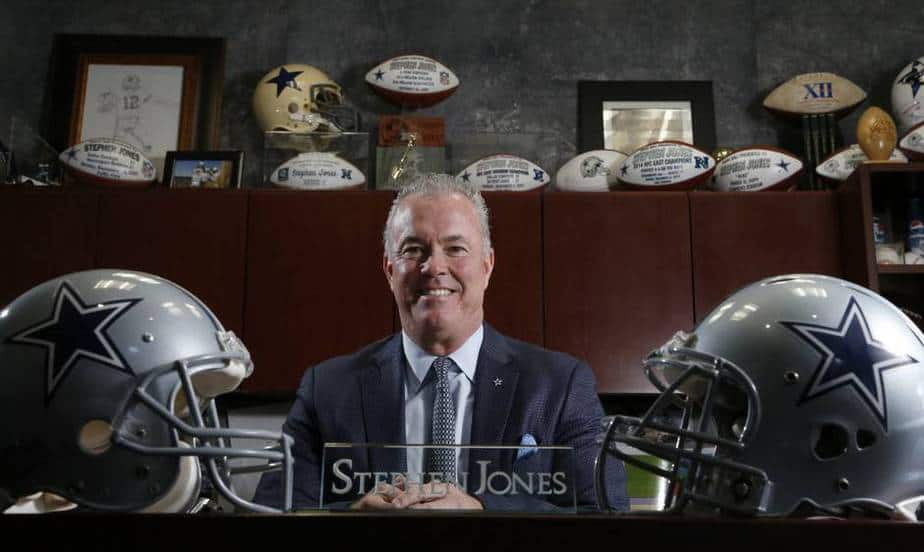 The Dallas Cowboys were at one time one of the best teams in the NFL. They could be counted on to be at the forefront of the division race every season, a legitimate Super Bowl contender and a tough team to beat. From 1966-1985 they missed the postseason just twice (1974 and 1984).

Their propensity for winning earned them the moniker “America’s Team.” Toward the end of Tom Landry’s career, the team struggled on the field, but a change at head coach and a few good draft picks turned things around. After taking a few years off from their winning ways, they returned to glory by winning the Super Bowl three times in four seasons.

Had Jerry Jones not gotten rid of Jimmy Johnson the Cowboys could have become the first team to win three in a row.

That was the early 90s. Since then they haven’t done much at all, and that has Stephen Jones, the team’s executive VP, CEO, and director of player personnel, concerned. He’s afraid that after being the picture of mediocrity for the last couple of decades the team could be losing its older fan base.

“I worry about that with older fans, that they finally say, ‘We’re done,’” Jones stated in a story posted to PFT.

Losing older fans is only part of the problem. Jones is concerned about how the younger generation perceives the team.  They didn’t live through the Super Bowl era. They’ve never seen the Cowboys be a dominant force in the league.

All they’ve seen is a team that has had a hard time going 8-8 and changed head coaches seven times since Jones got rid of Landry. Young fans have never seen the team that earned the nickname ‘America’s Team.’

Stephen Jones was asked in a recent interview with the Dallas Morning News if he was concerned about the perception fans have of the team with how they have performed:

“I worry about that with older fans [too], that they finally say, ‘We’re done.’ That’s why we try to do everything we can to show respect to our fans, to do things that I think are good things that our fans think are good things for our team. But at the end of the day, as I said, it’s all about the game and it’s all about winning a championship, and we got to get that done.”

The Cowboys are one of three teams in the NFC not to reach the conference title game in the last twenty years, but could this season be the one?

Vegas has them in the top third of teams at 18 to 1 odds, but those odds could improve significantly should Ezekiel Elliot prove to be worth the No. 4 pick in the draft. With a running game, teams have to plan for the pressure will be taken off of Tony Romo, which will hopefully make it easier for him to remain healthy for the season.

If the Cowboys are going to end the drought, they are going to need a healthy Romo. They’ll need much more than just Romo actually, but if he gets hurt again, fans can start looking forward to picking early in the next draft.