Dallas Cowboys Fans Get First Tony Romo Scare Of The Season—But Is It Really A Scare Anymore?

If there is one thing that fans of the Dallas Cowboys have grown accustomed to in recent years, it’s the ever-present possibility of quarterback Tony Romo going down with an injury. To be fair, there is an ever-present possibility of injury for every player on the field; it’s part of the game. But in Romo’s case, it has become prevalent enough for him to earn the “injury-prone” label.

After watching him go down twice with collarbone issues last season, fans had to feel like another injury would be likely this season. They just didn’t figure they would see it so soon. 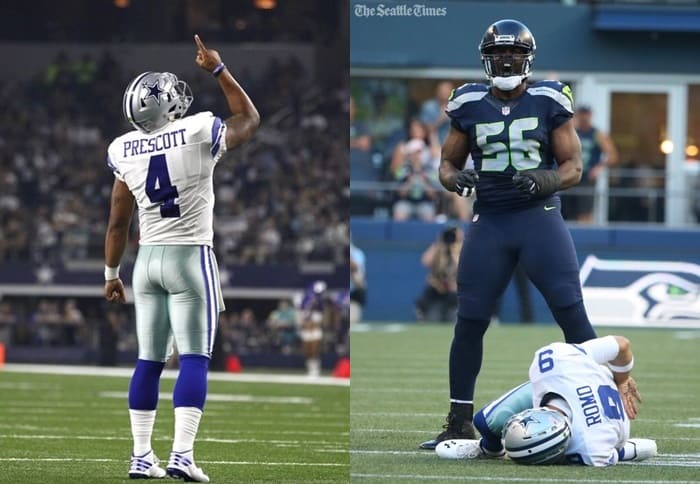 In preseason action Thursday night against the Seattle Seahawks, Cowboys fans got a pretty serious scare when Tony Romo rolled out on the third play of the game, began to slide, and was helped down by Seahawks defensive end Cliff Avril.

Many Dallas fans took to Twitter to accuse Avril of dirty play since Romo had just started his slide, but the referees did not throw a flag on the play (which was the right call; it wasn’t late).

As Romo rolled around in agony on the turf holding his back fans had to be thinking, “Here we go again.” While they watched him be helped off the field, they had to wonder how many games their franchise player would play in this season. At his age, 36, and with his injury history the ‘final’ hit (the one that could end his career) could come at any time.

Would this be the one? If it was, does that mean fans should expect another season like last year? Should they be scared about what the future holds for their team? Or maybe they should feel relief because it means the Dak Prescott Era could begin?

There has been so much concern over who would backup Tony Romo, but not much about whether it may be time to go in another direction. When he is healthy and on, Romo is one of the best in the business, but since he’s been the quarterback, the team hasn’t come close to sniffing the NFC Championship game let alone the Super Bowl.

It isn’t all his fault of course, but when a team fails to win the leadership takes the brunt of the criticism—which explains why the Cowboys have gone through so many head coaches over the last couple of decades. But not why the team has done nothing about the play of its quarterback.

Instead, they find excuses for why a Tony Romo led team can’t win. He needs a better offensive line. He needs a running game. He needs better wide receivers.

The team could fire another head coach or maybe it is time for a change; out with the old and in with the new. While Prescott lacks experience, he does bring at least one thing to the table that Tony Romo does not: he’s a legitimate running threat.

Prescott has given fans and the coaching staff enough to believe he could be a capable backup, and maybe even the quarterback of the future once all the injuries catch up with Tony Romo. Through appearances in three preseason games, he has completed 39 of 50 passes for 454 yards and five touchdowns with no interceptions. Against one of the toughest defenses in football, he was able to lead the team to 10-points in the first half.

It’s not going to be enough to win more often than not, but considering who he was up against, it wasn’t bad.

So—is it okay not to worry about the health of Tony Romo anymore? Absolutely not. Romo still gives the Cowboys the best chance to win right now—but should he get hurt and miss time at least the team will still be exciting to watch with Prescott behind center.