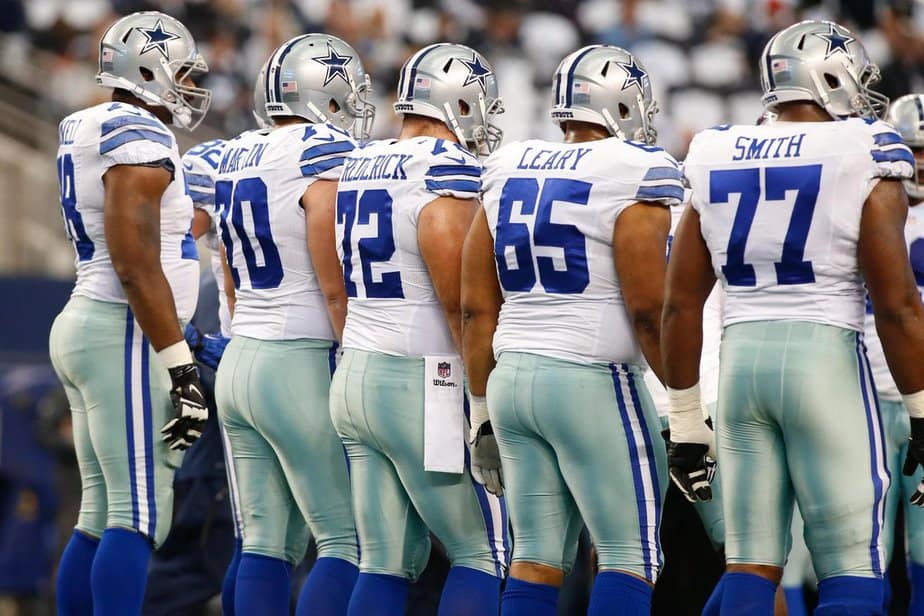 Long before the 2016 season ended, it was a foregone conclusion that the Dallas Cowboys were going to have to go defense with their first pick in the 2017 draft. Whether they go with a pass rusher or a defensive back doesn’t matter. They need both so they can afford to take whichever position happens to qualify as the best available player with the 28th pick of the draft. 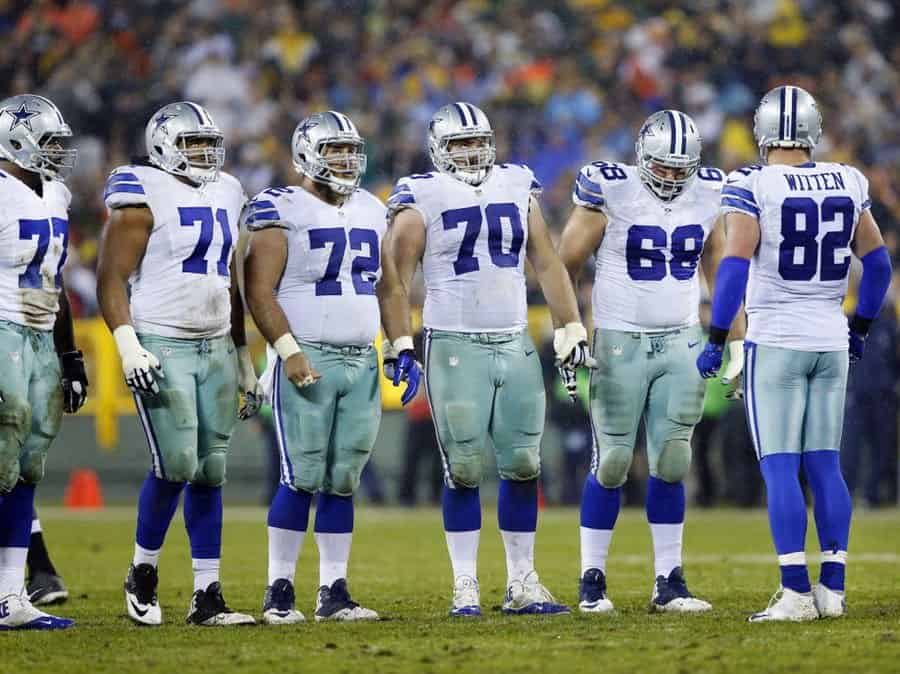 Before you dismiss the notion as crazy or just plain stupid, let’s look at the facts. The defense was not great last year. The pass rush had its moments, but the game against Green Bay in the playoff proved they couldn’t be counted for a full game. As a unit, the pass defense was ranked No. 26 in the league last year and allowed over 260 yards a game. They allowed four 300+ yard passing days including two 400+ yard days.

Sounds like an easy argument for more help on defense, right? Well—it gets worse.

Since free agency started, the team has been hemorrhaging defensive players. They’ve lost two on the front line, Jack Crawford and Terrell McClain (three if you want to count Ryan Davis, but he didn’t contribute much). But most the damage was done in the secondary. J.J Wilcox is now calling Tampa Bay home. Morris Claiborne is moving on to the New York Jets. Brandon Carr is headed to Baltimore and Barry Church is now a Jaguar.

Still sounds like a no-brainer argument for going with defense early and often in the draft? They were not great last year, but when you have to replace so many guys, chances are ‘not great’ is going to turn into ‘downright terrible.’

But without being able to get much help in free agency, the odds are not in favor of Dallas fans seeing a better defensive unit on the field next season. We all saw what the unit last year was able to accomplish in the post season. Chances are, whatever subpar unit they are able to shackle together will have a similar outing in the division round of the playoffs next year.

As much as a year where you make the playoffs can be disappointing, it will be another early exit and a disappointing finish for the Dallas Cowboys in 2017. That is unless the Dallas offense can provide a major lift.

Yeah, there is a very good chance that they could get a few guys late in the draft that end up being studs, but the odds of that happening are slim. Chances are stronger that the best defense for the Dallas Cowboys in 2017 will be their offense. That means more Ezekiel Elliot chewing up time off the clock behind the team’s massive offensive line.

There’s just one problem—they lost two players off that line. Ronald Leary will be blocking for whoever plays quarterback in Denver next year and Doug Free has decided he’s done blocking for anyone. La’el Collins should be able to step in and fill one of the slots next season, but that still leaves them one man short. 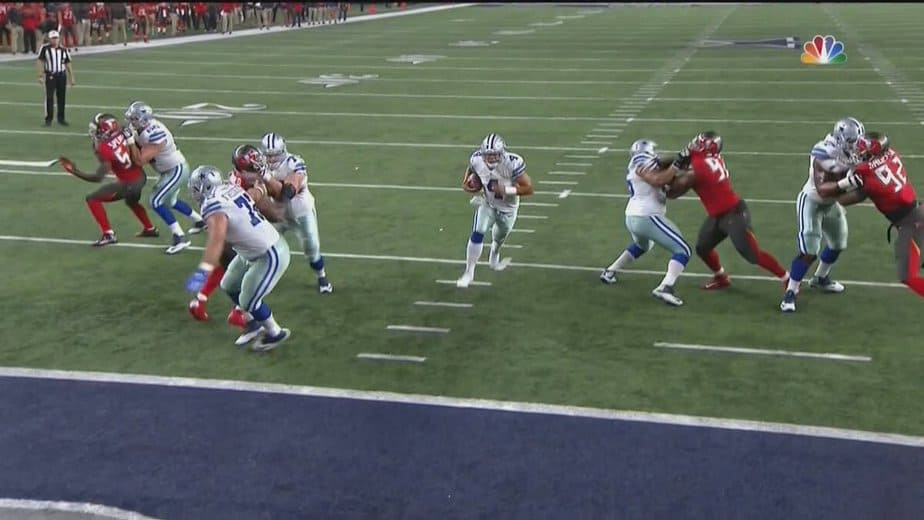 Chaz Green is listed on ESPN’s depth chart, but his draft profile says he is a poor base blocker in the run game. That doesn’t sound very encouraging.

Maybe the line could still dominate if it has four strong players and one not-so-good one. But if the offense is going to help cover for a weak defense, they need to be five strong across the front. They need to replace Free with someone that will be able to help the unit maintain its reputation for being the best in the league.

Chance are a guy that has issues with run blocking is not going to do it. They could get lucky and find another steal like Leary (undrafted free agent pick up in 2012), but do they want to count on that? It may be better to keep the offensive line strong with another first round pick.

The idea of rolling the dice on all the defensive needs is not very encouraging, but where is one player going to make a bigger difference? On an offensive line missing one person or on a defense in need of serious help at several positions?