Ever since the Dallas Cowboys took former Ohio State running back Ezekiel Elliot with the No. 4 pick in the draft, fans have wondered what he would look like on the field. They haven’t seen much of him in practice because of a hamstring injury which has also kept him off the field during preseason games.

That is, until Thursday night’s preseason game against the Seattle Seahawks. 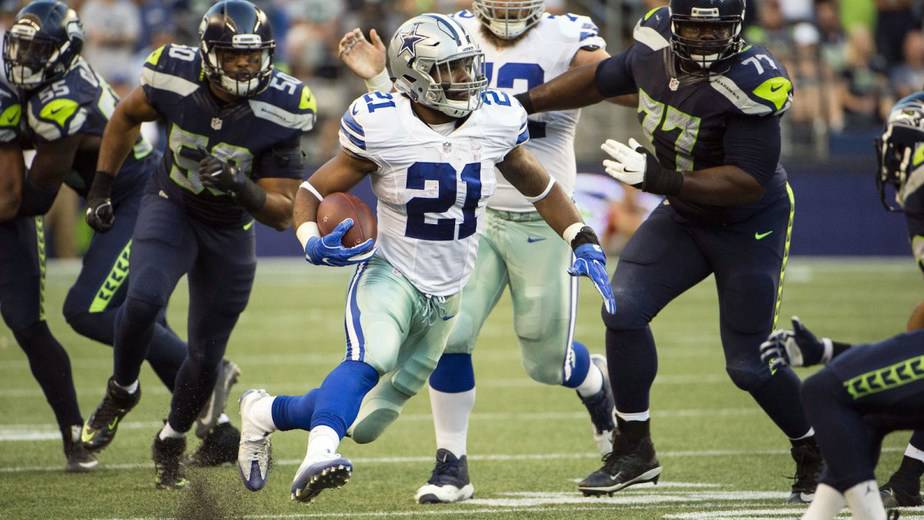 It would have been nice to let him get his feet wet against a lesser opponent, but thanks to his injury, he would have to jump right into the deep end against last season’s No. 1 defense against the run.

As it turns out, he handled the best the Seahawks could throw at him and did just fine—and even gained the respect of one of the toughest safeties in the NFL, Kam Chancellor:

“I was, because there was no film on him, so I didn’t know if he was going to juke or whatnot, so I was a little surprised, but not the second time,” Chancellor said (ESPN) “The second time, you know I’m bringing that wood. I was a little surprised the first time, but he’s got a lot of courage for that. I’ll give it to him. But if it was a full game, it would have been a bloodbath.”

Elliot appeared to be on the winning side of many of the hits with Chancellor. Chancellor later said he was just having fun, implying that if he were seriously playing, things would have been different.

On seven carries Elliot gained 48 yards. It isn’t much, but for one-quarter of work it certainly gives the team and fans reason to believe the running game is in good hands—that is, as long as Elliot doesn’t fail the “random” drug test that is sure to come.

While tests are supposed to be random, there have been several occasions in recent years where guys that have exceptionally good nights receive a notice within the next few days to report for a drug test. Elliot’s night was good, but it wasn’t that good.

No, if he is “randomly” tested it will be because of a recent TMZ post featuring Elliot visiting a marijuana shop before Thursday’s game against the Seahawks in Seattle.

In the post, TMZ pointed out that no one saw him buy anything and that he appeared to do nothing other than look around. He even took pictures with fans outside of the shop. If he were doing anything that could get him in trouble, you would think he would try to be a little more incognito.

Chances are he did nothing wrong, and nothing will come from it, but while he is still under investigation for domestic violence and considering the team’s recent issues with drug use, it doesn’t look good—and Jerry Jones is not happy about it:

It is not unusual for tourists to be curious about the marijuana shops in Seattle so Elliot was likely just taking a look around to satisfy his curiosity. However, it would not be shocking if in the days to come he ends up getting a “random” test so the NFL can be certain all he did was look.