Darren McFadden Comes Clean About How He Injured His Elbow—Or Did He? 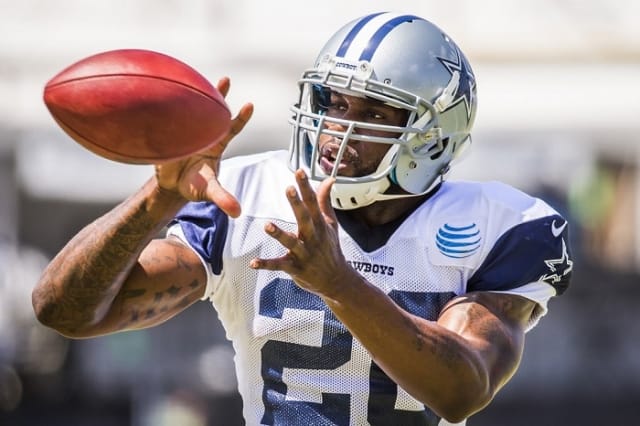 A couple of weeks ago, the Dallas Cowboys announced that running back Darren McFadden was going to be out for a few months after breaking his elbow. The official word was that he dropped his cell phone and dove onto the ground in an attempt to save it.

There is just one way to describe that story—BS.

He is a millionaire whose career is dependent on his health—and he has an injury history. Is he going to risk injury by diving onto the ground to save a cell phone? What’s the worst that would have happened? If he doesn’t have a case for it, the screen might have cracked or possible been scratched.

As long as he didn’t toss it as high as he could and then let it hit the ground, it probably would have still worked. Even if it didn’t, he could afford another phone (even though he lost a bundle of money to bad investments).

The story had to be false—and now we know that it was.

Over the weekend, McFadden hosted a football camp for elementary and junior high students. During the camp, his injured elbow came up. For some reason, he decided it was time to set the story straight.

According to a story in the Arkansas Democrat-Gazette, this is what happened:

McFadden (Pulaski Oak Grove) said reports he broke his elbow after he fell in an attempt to save a dropped cellphone were untrue. He said he was in a friend’s backyard after a funeral and slipped on cement near a swimming pool.

“I just slipped down and landed on my elbow,” McFadden said. “My phone was in my hand, and so people kind of put that story out.”

That is a much more believable story—but it is still BS.

It is not hard to imagine someone slipping on the cement near a pool. When that happens, it is not unusual for it to be so sudden that the poor victim does not have time to brace himself when he falls. Should the victim come crashing down on his elbow, (which is entirely possible) chances are, it is going to hurt—a lot.

He could have easily corrected the story; it’s not like doing so would have caused anyone any embarrassment. So if this story was true, why not say so the first time?

Easy—because the truth is embarrassing.

Darren McFadden came to the Dallas Cowboys hoping to do one thing—prove that he was worthy of being a starting running back for an NFL team. He didn’t always look the part during his time with the Raiders, but with the offensive line like the Cowboys have—well, if he doesn’t thrive behind them, he will not thrive anywhere.

Even though defenses keyed on Dallas’s running game all season (thanks to Tony Romo’s injury), he still had a decent year (1089 yards on 239 carries). This season, he was slated to start, but would be losing carries to rookie Ezekiel Elliot.

Now that he is going to be out until the end of training camp, chances are good he will lose a lot more than just a few carries to Elliot.