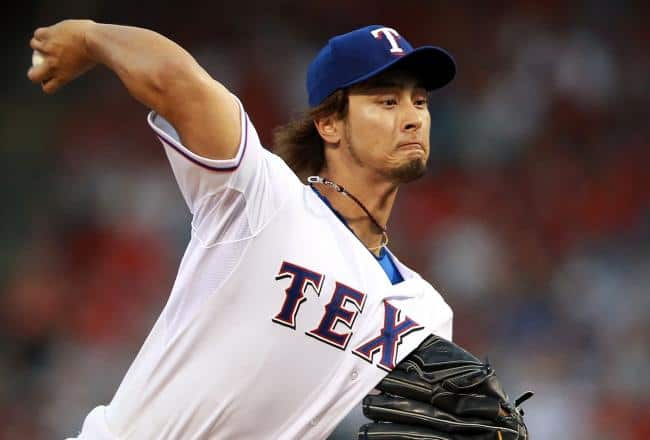 Yu Darvish will make his return to the mound Saturday against the Pittsburgh Pirates after missing time due to inflammation in the elbow.

After a successful minor league rehab start on Sunday, the Texas Rangers have tentatively scheduled Yu Darvish to make his return to the big leagues Saturday against the Pittsburgh Pirates. His return to the Texas starting rotation has been long awaited, and could prove to be the difference in a tight race atop the AL West standings, with the Rangers currently trailing the Seattle Mariners by a game and a half.

Darvish last pitched in the big leagues in August of 2014 when he was shut down with inflammation in his elbow. Darvish experienced more elbow trouble the following spring, prompting him to undergo Tommy John surgery last March, forcing him to miss all of the 2015 season.

On his way back to the big leagues, Darvish has made five rehab starts in the minors. He has thrown a total of 20 innings between those five starts that came at either double-A or triple-A. In those 20 innings, he allowed four runs (two earned) on nine hits, while striking out 21. In his final rehab outing for double-A Frisco on Sunday, Darvish threw six shutout innings, surrendering three hits and one walk while striking out six. Judging from those five rehab starts, Darvish is more than ready to return to the majors.

The return of Darvish fulfills a plan that Texas GM Jon Daniels envisioned last summer when he traded for Cole Hamels. Hamels ended up being a catalyst for the Rangers reaching the postseason last year, but the primary thought process behind acquiring Hamels was to ultimately pair him with Darvish at the top of the team’s starting rotation, giving the Rangers one of the best 1-2 punches in baseball. That plan will come to fruition starting this weekend when Darvish returns to the Rangers.

“Darvish is going to come in, and we’re going to have fun,” Hamels said Sunday. “He’s a tremendous asset to this team.” Hamels also noted, “We’ve had outstanding pitching from everybody in the starting staff.”

Hamels isn’t wrong, as the Texas starting rotation has an ERA of 3.38, the lowest in the American League. In addition to Hamels, Colby Lewis has stood out, as the 36-year old may be having the best season of his career. The return of Darvish will only make the Texas starting rotation that much stronger, leaving little doubt that the Rangers have the best rotation in the American League, especially if Darvish pitches the way he has during his five rehab appearances.

The caveat is that the Texas bullpen has the highest ERA in the American League. Issues in the bullpen have forced the Rangers to make a change in the closer role, with Sam Dyson replacing Shawn Tolleson in that role. However, starting Saturday, the Rangers will have another ace taking the mound every five days, as the return of Darvish after more than a year away will be great news for the entire Texas pitching staff and the entire Rangers team.