David Price Throws First Bullpen in Road Back from Injury 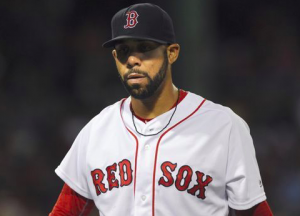 Boston Red Sox ace David Price threw a bullpen session on Monday, indicating a positive step in the right direction following an elbow injury that sidelined him early in spring training. The former Cy Young winner was still forced to begin the season on the DL and still lacks a concrete timeline for a return to Boston’s rotation. Nevertheless, Monday’s bullpen session was an encouraging sign for both him and the Red Sox.

Monday was Price’s first formal throwing session since a simulated game on February 28. Pain in his elbow following that simulated game prompted a visit to Dr. James Andrews, who determined that the lefty didn’t need Tommy John surgery, which would have kept him on the shelf for the entire 2017 season. However, Price had difficulty building up strength in his elbow following the injury scare, which has prevented him from getting back on the mound sooner.

Despite the delay in returing to the mound, Price was pleased with how his 20-pitch bullpen session went prior to Boston’s series finale Monday afternoon against the Tigers.

“It felt good. Felt good getting back out there on the mound, throwing to a catcher this time. Steps in the right direction,” Price said. “I wanted to have a productive day today, but I want to feel good tomorrow. It’s kind of like Spring Training all over again”

If Price feels good on Tuesday, the next step would be to throw another bullpen session on Wednesday. If all goes well in that bullpen, the Red Sox can then start to think about scheduling minor-league rehab games for Price. However, the lefty still has to build up his arm strength the way he normally would during spring training, and so it could take more than one or two rehab games for him to be ready to pitch in the majors.

“Felt like the ball got out of his hand in good fashion today, for today being the first bullpen,” said Red Sox manager John Farrell after Price’s bullpen session. “It’s hard to project right now when he would have a sim game, but also when a rehab assignment would begin, or how many starts needed. While we have some tentative plans for that progression, we’re probably responding or addressing this as David responds to the work sessions. Thus far, it’s been good.”

Even if things follow Boston’s tentative plan, it’s difficult to envision Price pitching in the big leagues any sooner than the end of May. That means Price, who has started at least 30 games in six of the last seven seasons, is in line to miss the first two months of the season. Nevertheless, the southpaw is encouraged by Monday’s bullpen session.

“It felt good,” Price said. “It feels really good right now. So everything that’s happened the past couple weeks has all been good for my confidence and just the mental aspect of it, so it all feels good.”

Without Price, Chris Sale has had no problem stepping up and performing like Boston’s ace. Moreover, with Drew Pomeranz set to come off the DL, the Red Sox have five starters they should be able to count on for the foreseeable future, assuming there are no other injuries. However, the Red Sox will no doubt be eager to get Price back as soon as possible, and Monday appears to be a positive step in the right direction.