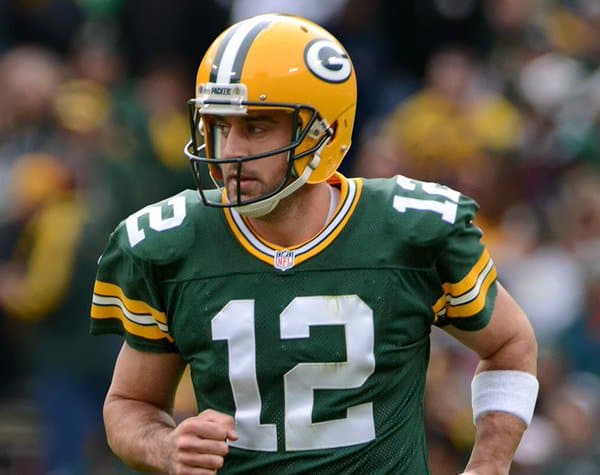 The 2016 NFL season’s first two weeks are in the books, which means it’s time to look at Week 3’s picks against the spread. Early Sunday afternoon, we have an NFC North battle between the Detroit Lions and Green Bay Packers. Who has the best odds in this one?

Through two weeks, the Lions and Packers are second and third in the division, respectively, at 1-1. The only reason that Detroit is ahead at this point is because the Packers lost a divisional game on Sunday Night Football against the Minnesota Vikings.

Detroit has been an odd study in the first two weeks. In Week 1, they played the Indianapolis Colts and managed to outscore Andrew Luck and company 39-35. In the next week — at home, mind you — they played the Tennessee Titans and could muster just 15 points in a 16-15 loss.

So, what the heck do you make of this team?

Honestly, I have no clue. Entering the year, they looked like a bad team. The defense is coming off of a disappointing season after losing Ndamukong Suh the prior offseason, and the offense just lost Calvin “Megatron” Johnson to an early retirement. The latter provided the biggest question mark for this team, which was, can Matthew Stafford be successful without a big-time, go-to receiver like Johnson?

In two games without No. 81, Stafford has been very up and down. Against the Colts, he was fantastic, tossing 340 yards, three touchdowns and no interceptions. Back home versus the Titans, he looked quite mediocre, completing only 55 percent of his passes for one TD and one INT with a 72.9 rating.

Suffice it to say, Stafford is still a question mark as for how efficient and productive he can be without his former No. 1 wideout.

Green Bay, on the other hand, has had some issues of their own. They were able to get an impressive road win in Week 1 against the Jacksonville Jaguars, 27-23 — who are an improved team. In Week 2, though, they struggled mightily against a short-handed Vikings squad. Only able to put up 14 points, Aaron Rodgers threw one pick and fumbled three times (fortunately for him, only one was actually lost). There was a complete lack of commitment to the run game (another usual problem with the Mike McCarthy-led Packers). An even bigger issue was that the defense couldn’t slow down Sam Bradford, who after only two weeks with the Vikings was able to throw for over 280 yards and two touchdowns with no mistakes.

How this game will actually play out is anyone’s guess, but here’s the thing: the Lions haven’t played anybody good yet. The Titans don’t have the experience or talent yet to be considered a playoff contender, and the Colts are overrated thanks to a porous defense and offensive line.

Green Bay, on the other hand, has played two playoff contenders this year (yes, Jacksonville is still a dark-horse contender even though they’re 0-2) and won one by four and lost the other by three.

In their home opener, the Packers have the advantage in talent, and the motivation of coming off of a division loss. They won’t overlook the Lions in the slightest, and I expect Rodgers to have his first big game of the year.

Bets to Make: Rodgers isn’t happy about the criticisms of the offense, so he’ll have extra drive to dominate this one. Lay the points with Green Bay, trusting in the most talented QB in the NFL. Also, take the over. This game will have plenty of scoring.