Detroit Lions Defensive Tackle In Danger Of Working For Free During The Preseason?

When guys make it to the NFL, the sense of satisfaction involved much more than just the years of hard work finally paying off. There is also the chance for financial security that most players never dreamed they’d be able to realize when they were running up the stands during high school—and not just the superstars. Undrafted rookies role players and even practice squad members make much more than the average person does. They may not be able to live off what they make forever, but with some restraint and proper financial planning, the thousands they do make can stretch a long way.

What guys never envision is that playing could end up costing the money—but that is what has happened with Detroit Lions defensive tackle Kerry Hyder. He has been fined $18,231 for roughing A.J. McCarron during the Lions-Bengals preseason game August 18 (ESPN). 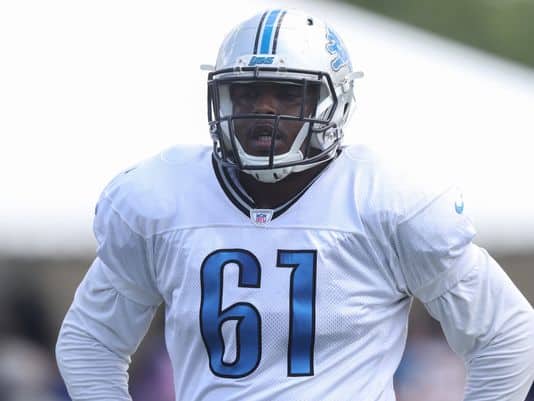 The fine is the standard amount for roughing the passer penalties (for a first-time offender). But the problem here is that Hyder does not make the kind of money a typical player makes.

Hyder went undrafted in 2014 after a solid career at Texas Tech but was picked up by the New York Jets and eventually signed to their practice squad.  The Lions picked him up last season, and while he did appear in one game, he has not recorded a regular season game statistic.

This is relevant because it means he has yet to accrue a season of actual service in the NFL, which means his preseason pay is only $1000 a week. With training camp lasting about six weeks, that means his entire 2016 preseason salary (and then some) will have to go towards this fine–if it sticks.

Hyder is under contract for $450,000 this year and has made just $135,188 in the NFL. So he could pay it, but it would be a significant amount of what he has earned. The fine would be approximately 70 percent of a game check.

Well, luckily this is something the NFLPA and NFL have prepared for. According to a provision in the collective bargaining agreement, a player can appeal a fine because it is an excessive amount of his weekly pay (CBA):

If they look at his regular season paycheck (roughly $26,000), the fine could be reduced to something closer to $6600—which would still be his entire pay for training camp. However, for the preseason his weekly pay is just $1000. By the letter of the law, it appears that he should be fined according to it, not what he may make in Week One if he is still on the roster.

So, in the end, he shouldn’t end up working for free during training camp. His hit on McCarron should only cost him $250 if the appeal process works properly, but when it comes to discipline and the NFL, you can never tell what is going to happen.