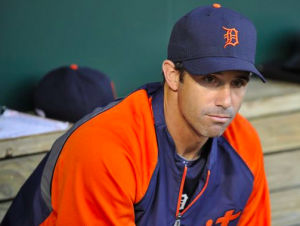 At the start of the offseason, Detroit Tigers GM Al Avila told reporters that changes were coming, and that the team wanted to get younger and gain more payroll flexibility. To many, this translated to a potential fire sale. However, other than trading Cameron Maybin to the Angels in early November, the Tigers have been quiet this offseason, keeping the roster mostly intact from the team that finished 11 games over .500 and was in playoff contention until late in the season. The inactivity this winter after the possibility of a fire sale has been quite pleasing to both the core of the team and manager Brad Ausmus.

“I think we have a really good team,” second baseman Ian Kinsler said while addressing the media earlier this week. “I think we have basically the same team we had last year when there was a bunch of hype around our team and a lot of people thought we had a team to contend and be a World Series contender. It’s the same team, and now all of a sudden we’re not good anymore because of words, I guess, because Al Avila was talking about moving guys.”

Ironically, there is still speculation that Kinsler could be traded to the Los Angeles Dodgers before the start of spring training. However, with the Dodgers reluctant to give up some of their better prospects and Kinsler adamant that he won’t waive his no-trade clause without receiving a contract extension, a trade is unlikely at this point.

To be fair, Avila told many of the Tigers players to expect trade rumors this winter. The GM also told them not to take anything they hear seriously until they heard from him personally. As it turns out, none of them had reason to worry about being traded away from Detroit.

Manager Brad Ausmus says he wasn’t worried at all about having some of his best players shipped out of town. “I knew we weren’t going to dump money just to dump money,” said Ausmus. “I think (Avila)’s thought process was, ‘We’ll trade someone, or anyone, if it’s a good baseball trade. We’re not going to just trade them because we’re dumping salary. We still want to win.'”

Through it all, Avila maintains that he never promised a fire sale, only that he was keeping his options open. The GM says that between the new CBA and the volume of accomplished hitters on the free agent market, it was next to impossible to make a trade that would have given the Tigers young players ready to contribute at the major league level.

“It’s very hard to trade an everyday player and not receive a guy that you can plug into that position or a position of need — whether it be right away, for this season or in the very short future,” Avila explained. “Those kinds of trades were not available at this point, so that also helped create the situation where we felt we should wait a little longer. Because we just weren’t comfortable with trading good, productive Major League players for prospects that were further away and maybe a little more chance on.”

Staying true to what he said at the start of the offseason, Avila isn’t ruling anything out between now and the start of spring training. However, Avila admits the best thing to do right now is keep the club together and re-evaluate where they stand this summer at the trade deadline.

“It behooves us to keep this club together moving forward, keep it as good as we can to be competitive,” Avila said. “We have a chance to win. We gave it a shot, now let’s move forward and see what this season brings us, and we’ll make adjustments as we go.” His players seem to agree, and they’re relieved to be getting the band back together in 2017.