Detroit Tigers Will Try To Trade Justin Upton This Winter 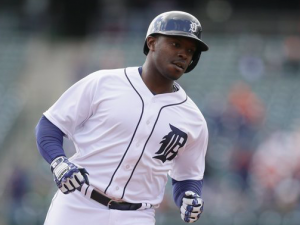 The Detroit Tigers are poised to be one of the most interesting teams to watch this offseason, as GM Al Avila has already stated the team will be open-minded when it comes to potential trades, as the Tigers look to get younger and cut payroll. It also appears that outfielder Justin Upton will be one of the players they would most like to trade. ESPN’s Buster Olney is reporting that the Tigers actually made an effort to move Upton this past summer and will continue to make an effort to “dump his salary this winter.”

Detroit’s desire to trade Upton during the 2016 season is one of the most puzzling reports in recent memory, as the Tigers just signed Upton to a six-year, $133 million deal last offseason. Of course, the Tigers were unable to move him and his contract during the season, as teams were likely suspicious of Detroit trying to move him within months of signing him. However, the Tigers are determined to try again this winter, as Upton is set to make $22.125 million each of the next five seasons, and getting him off the books could help give them the payroll flexibility they desire.

However, trading him won’t be easy, considering Upton’s salary and the fact that his numbers declined in 2016 for a second straight year. Upton hit a respectable slash line of .246/.310/.465 in 2016, but the last two seasons he was not quite the impact player he was during his two seasons with the Atlanta Braves in 2013 and 2014. He also has a no-trade clause that covers 20 different teams, so Detroit’s potential trade partners are limited without getting Upton’s approval.

Nevertheless, a team in win-now mode that’s looking for outfield help could take a chance on trading for Upton. Despite having five years left on his contract, Upton does have an opt-out clause after the 2017 season, so if he has a big season and could potentially sign another long-term deal worth more than $22 million a year, the Tigers or a team trading for him could get out of the contract after next season. Of course, if Upton continues to see a decline in his numbers, there’s little chance he’ll opt-out or ever live up to his contract, so the risk may not be worth the reward.

That being said, if the Tigers are looking for payroll flexibility, they may not ask for much in return for Upton, which could make a fringe team more likely to take a chance on him if they’re unable to attract a free agent outfielder. If the Tigers are merely looking to dump salary, they could find suitors for Upton, although those teams could be on his no-trade list.

Of course, as Olney points out, Upton is not the only trade candidate on Detroit’s roster; in fact, the Tigers have far more viable trade options. However, the fact that the Tigers made an effort to get rid of Upton over the season speaks volumes about how they view him and his future in Detroit. The Tigers are already a team to watch this offseason, and now there will certainly be a lot of attention paid to Upton as a player who could be switching teams this winter.