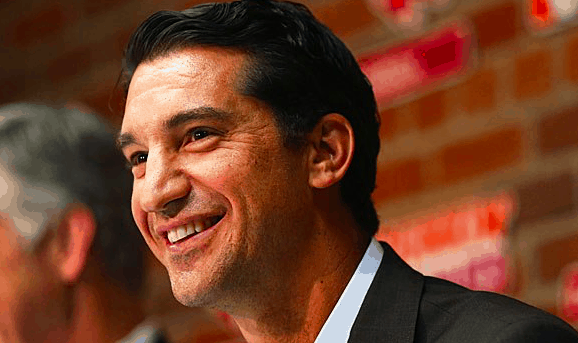 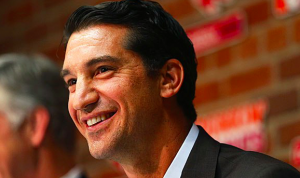 Following a tumultuous 2016 season, the Arizona Diamondbacks have hired a new executive they are hoping will lead them to brighter days. On Sunday, the Diamondbacks announce that Mike Hazen has been hired as the team’s executive vice president and general manager. Hazen replaces Dave Stewart, who was fired as Arizona’s GM following the season. The team will hold a formal press conference on Monday to announce the signing.

Hazen, who is just 40 years old, spent the 2016 season serving as the senior vice president and GM for the Boston Red Sox. However, he worked under Boston’s president of baseball operations Dave Dombrowski, who had final say on all baseball-related decisions. Hazen had been with the Red Sox since 2006, originally working as director of player development and later as vice president of player development and amateur scouting before being promoted to senior vice president and GM before the 2016 season.

“We feel very strongly that we have found the ideal candidate to lead our baseball operations,” said Arizona’s managing general partner Ken Kendrick. “Mike’s reputation throughout the game is impeccable, and his championship experience gives us great confidence in naming him to this position.”

During Hazen’s tenure in Boston, the Red Sox went to the playoffs five times and won the World Series twice. Prior to his time with the Red Sox, he worked with the Cleveland Indians for five years in scouting and player development. After graduating from Princeton, Hazen played two seasons of minor league baseball as an outfielder with the San Diego Padres.

“Mike’s background is the perfect balance of scouting, player development and analytics, which will all play an important role going forward,” said Diamondbacks president and chief executive officer Derrick Hall. “He’s a natural leader, who we feel fortunate to have been able to hire, and we welcome him and his family to Arizona.”

Hazen will reportedly have full control over Arizona’s baseball operations. Tony LaRussa, who was the team’s chief baseball officer for the past three seasons, is still with the Diamondbacks as an advisor. However, Hazen will report to Kendrick and appears to have the freedom to make whatever baseball decisions he sees fit.

“I’m extremely grateful for this incredible opportunity to help the D-backs reach the next level,” said Hazen. “This is a franchise that has experienced a lot of success both on and off the field in less than two decades of existence, and I’m looking forward to working with Ken and Derrick to help bring back a tradition of winning to Arizona.”

At the top of Hazen’s to do list will be to hire a new manager to replace Chip Hale, who was fired after the season. Red Sox bench coach Torey Lovullo may immediately jump to the top of the list considering Hazen’s connection to Boston. Former big leaguer Phil Nevin, who has managed Arizona’s triple-A affiliate the last three seasons, is said to be a candidate as well. Former big league catcher and Braves coach Eddie Perez is reportedly interested in Arizona’s managerial vacancy.

On the surface, Hazen appears incredibly young for someone calling the shots for a major league organization, especially since the Diamondbacks have some big decisions to make this offseason after several high-profile moves last offseason did not pan out, culminating in a 93-loss season in 2016. However, it’s tough to argue with Hazen’s credentials and experience, making him a risky but promising hire for the Diamondbacks.