Diamondbacks in Trouble with David Peralta on DL 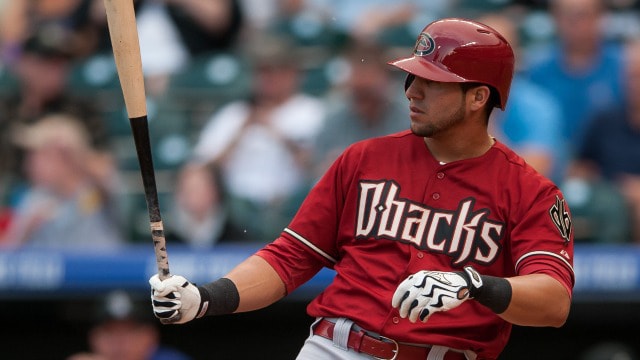 After playing short handed for a full week, the Arizona Diamondbacks finally broke down and placed outfielder David Peralta on the DL with a wrist injury. The team’s corresponding move was to call up Michael Bourn, who was released by the Atlanta Braves earlier this year due to a contract that was just taking up space on Atlanta’s payroll following a disastrous 2015 season.

Even before the wrist problems that popped up as a result of getting hit by the pitch a couple times, Peralta was under performing based on the stellar numbers he put up last season. However, he remained an important part of Arizona’s lineup, especially with A.J. Pollock out indefinitely with a more serious wrist injury. The Diamondbacks are already struggling to string wins together with their starting rotation not living up to expectations or salary, and the loss of Peralta, even if it just for the short term, is not something they can afford.

It remains to be seen how much Bourn, who was signed to a minor-league contract after being released by the Braves, will be able to help Arizona. Bourn got 57 at bats with Arizona’s advanced-A and double-A affiliates before being called up, and while the results were good, they don’t exactly make success in the big leagues a guarantee. All Bourn may be able to do for the Diamondbacks is give them a true center fielder, as they’ve been playing middle infielder Chris Owings in center field due to Pollock’s absence and prospect Socrates Brito not yet being ready for the majors.

With shortstop Nick Ahmed hitting an abysmal .175, playing Bourn in center field with Owings and Jean Segura holding down the two middle infield spots may actually be an attractive option, even if it’s not ideal. Theoretically, Bourn is capable of being a better offensive player than Ahmed, and he’s obviously a better defensive center fielder than Owings, but that still doesn’t solve Arizona’s issue of Peralta’s absence.

Adding Bourn to the lineup, even if Owings stays in at the expense of Ahmed, does little to replace Peralta, even if he hasn’t been able to match last year’s production. Until Arizona’s starting rotation starts living up to expectations, the Diamondbacks need their offense to carry them, and that will be made more difficult without Peralta in the lineup for at least another week. Adding Bourn to the mix gives the Diamondbacks an outfield lineup they definitely did not imagine when the season started, and until Peralta returns and starts hitting the way he did last season, Arizona will be in a tough spot.