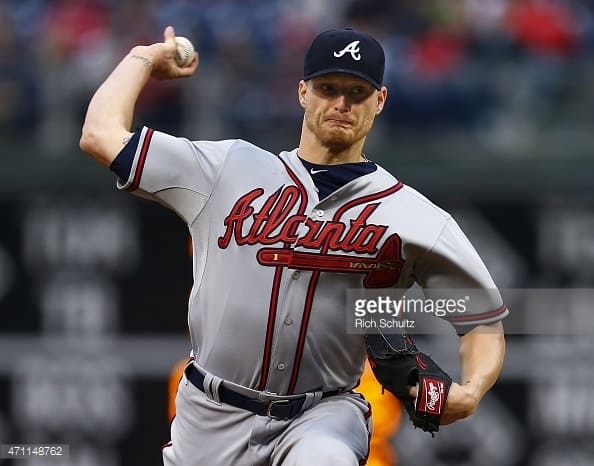 The starting rotation of the Arizona Diamondbacks has been one of the biggest disappointments in baseball this season. Now the team is sending two of its starters to the DL, announcing Friday that both Shelby Miller and Rubby De La Rosa have been added to the injured list. A sprained index finger has been cited as the reason for Miller, while De La Rosa has been sidelined with elbow inflammation.

Miller was one of Arizona’s major acquisitions this offseason designed to boost the team’s starting rotation. The Diamondbacks parted with outfielder Ender Inciarte and prospects Aaron Blair and Dansby Swanson to acquire Miller, hoping he would be the No 2. starter behind Zack Greinke. However, in 10 starts this season, Miller is 1-6 with an ERA of 7.09. Meanwhile, injuries to A.J. Pollock and David Peralta have the Diamondbacks missing Inciarte in their outfield. Blair and Swanson have also made significant progress in their development this year, with Blair making his major league debut earlier this season.

Miller originally injured his index finger in mid-April, and the team believes it has played a role in his struggles this season. “Obviously he hasn’t been successful, as successful as we feel like he can be, and it’s just his feel for the ball has not been as good as you want it,” explains manager Chip Hale. “Definitely what we’re going to be working with him on is getting him back to where he’s our No. 2 guy. That’s what we got him for, and we still believe he’s going to be that when this injury is healed.”

As for De La Rosa, he underwent an MRI on Friday after experiencing soreness in his triceps that eventually moved into his elbow. Hale expects De La Rosa, who has a 4.15 ERA this season in 11 appearances (eight starts), to be on the DL for more than 15 days. There is no timetable for his return.

Arizona will fill the two empty slots in its rotation with Archie Bradley and Edwin Escobar. Bradley is expected to take Miller’s next scheduled start Sunday against the San Diego Padres. He has long been one of the organization’s top prospects, but control issues have prevented him from reaching his potential. In two starts in the majors earlier this season, Bradley has a 7.84 ERA and 2.03 WHIP over 10.1 innings. Escobar pitched two innings out of the bullpen with the Boston Red Sox in 2014 but has not been back in the majors since. The Diamondbacks claimed him off waivers at the end of April. He is scheduled to start Monday against the Houston Astros in what will be his first major league start.

Injuries to two members of the starting rotation is definitely not what the doctor ordered for the Diamondbacks, who are eight games under .500 and nine games out of first place despite a slew of bold, high-profile offseason moves to improve their rotation. The silver lining could be the potential for Miller to get healthy and perform the way he’s capable of performing once he returns. However, Arizona still needs the likes of Greinke and Patrick Corbin to turn things around and begin pitching like front-of-the-rotation starters; otherwise the Diamondbacks will continue to endure what has been a disappointing and frustrating season.