Did Gregorius To Miss First Month of Season with Shoulder Injury 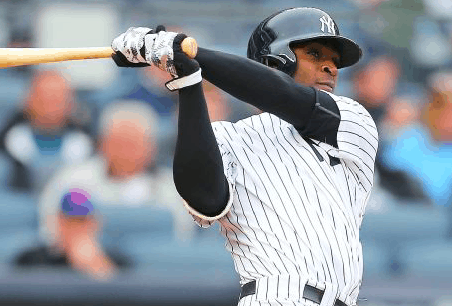 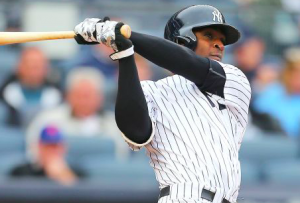 The World Baseball Classic has struck again on the injury front. This time with New York Yankees shortstop Didi Gregorius, who hurt his shoulder Saturday while playing in an exhibition game with Team Netherlands. Gregorius soon returned to the Yankees to have the shoulder examined further, and on Tuesday, the Yankees announced he has been diagnosed with a strained subscapularis muscle in his throwing shoulder. The injury is expected to sideline Gregorius for six weeks, meaning he is likely to miss the first month of the regular season.

“Those are some of the concerns you have when players go to the WBC,” Yankees manager Joe Girardi said about losing Gregorius for a significant period of time. “We always worry about the injury factor. I know it’s important to the game, but he’s really important to our team, so it’s a concern.”

Gregorius will be shut down completely for the next two weeks before he’s able to resume a throwing program, leading the Yankees to place a six-week timeline on his return.

“They are shooting for probably six weeks total,” Yankees GM Brian Cashman told reporters Tuesday. “I think it’s fair not to expect to see him until the month of May. When in the month of May? I couldn’t tell you. Hopefully, it’s early.”

Gregorius is coming off a career year in 2016, hitting .276 with a career-high 20 home runs, helping him post a .751 OPS. The 27-year old shortstop seemed to pick up right where he left off during the WBC, going 8 for 23 with four doubles and a home run in six WBC games. Gregorius helped Team Netherlands, the country of his birth, reach the semi-finals of the tournament. However, they lost to Puerto Rico Monday night without him.

“It was a really great experience, just playing with the guys that I played with since we were like 6 years old,” Gregorius said. “(The injury) could have happened anywhere. It’s not like because I went to the WBC, it happened. It’s not because of that.”

As for the Yankees, they now have to figure out who will play shortstop for the first month of the season before Gregorius is set to return. Girardi says he’s likely to give Starlin Castro reps at shortstop to see if he could fill that void. Castro played primarily shortstop with the Chicago Cubs before coming to the Bronx in 2016.

Whether Castro slides over to shortstop or not, the Yankees will still need a middle infielder to take the place of Gregorius. Utility infielder Ronald Torreyes is an option at either shortstop or second base. The Yankees may also consider Pete Kozma or Ruben Tejada, who both have major league experience but are on minor-league contracts. Rob Refsnyder could be an option at second base if the club decides to move Castro to shortstop.

The Yankees have already ruled out top prospect Gleyber Torres starting the season in the majors. Torres is slated to start the season at double-A. Tyler Wade, a less heralded infield prospect, may be given some consideration, although he’s never played above double-A.

“We’ll have some eagle eyes on guys now over the next 10 days to two weeks,” Cashman said. “Since they now know that there’s a position that’s up for grabs, it’ll be interesting to see how they respond to that type of competition, too, because there’s a vacancy that needs to be filled.”

The Yankees will have some options to replace Gregorius, but none of them are particularly appealing, especially after the offensive numbers Gregorius put up last season. The Yankees appear to be somewhat confident that Gregorius will be back in early May, but losing him for the first month of the season is a huge blow to the Bronx Bombers, who were expecting him to play an important role in 2017.