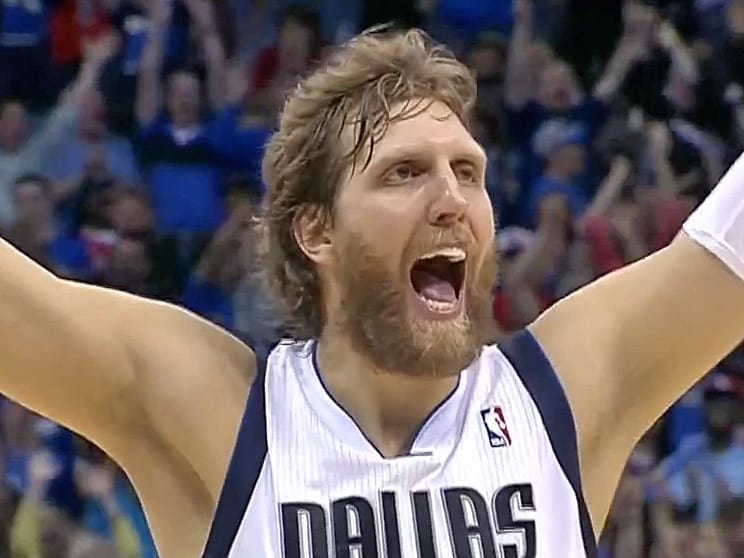 For some odd reason, fans tend to think that players owe them or the team something. When it comes time to discuss contracts, fans think guys should take less money if it means helping out the team. If they don’t, then the player gets branded as selfish and greedy. Forget the millions that the owners make and the torture the players put their bodies through.

None of us would take less to do our jobs so why should they? There are some like Dallas Mavericks star Dirk Nowitzki, who have.

Two years ago, to help the team, Dirk agreed to take less money so the Mavericks could afford to bring in the kind of free agent talent that could help him win another title.

He went from getting $20 and $22 million a season to getting roughly $8 million a year. There was just one problem—Cuban struck out in free agency. So Nowitzki essentially did Cuban a favor for nothing.

His contract was a three year one for $25 million, but it came with an opt-out clause for the final year—which he decided to take. After 18 seasons he is still one of the better players in the league and could have done well anywhere, but he didn’t even consider leaving Dallas.

“Dirk gets to do what Dirk wants,” Mavericks owner Mark Cuban said during a public appearance in June. “Period. End of story.

“I told him the other day: If Dirk wants to be the head coach, we’ll move Rick [Carlisle] over a little bit. Dirk’s done so much for this franchise, he’s earned that opportunity.”

He’s also earned the right to be paid more than a small-time role player and for the next two seasons, he will be after signing a two-year, $40 million contract. He could have had $31 million a season, so he is still giving Dallas a bit of a discount.

Some would argue that he could have and should have given the team another break. He’s already made over $200 million. To paraphrase from some recent comments of Mark Cuban’s: What does he need $40 million for?

Easy—because he’s earned it. He has been one of the best players in the NBA over the course of his career, led the team to one title, and doesn’t do stupid stuff in the off-season to embarrass the franchise. He has been an example for young players and kids—and you can’t say that about too many guys these days.

Should he play the next two seasons, he will become the second player in NBA history to stay with one team during his twenty-year career (Kobe Bryant was the first).

If these should be his last two seasons in the NBA, the team has made a couple of additions that should at least help them make it out of the first round (something they have failed to do the last four times they made the postseason). They added Andrew Bogut from the Warriors in a trade and have agreed to a four-year, $94 million contract with Harrison Barnes.

Neither player will turn the Mavericks into an actual contender in the Western Conference, but they are upgrades over last season.