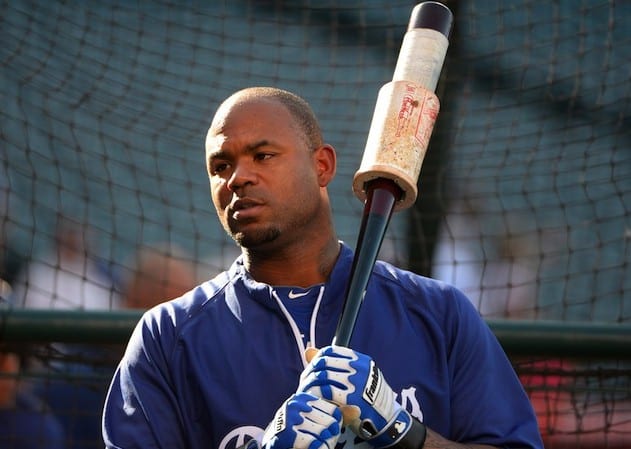 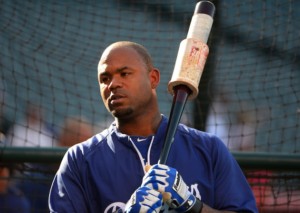 In a move made Sunday that was only a little surprising, the Los Angeles Dodgers designated outfielder Carl Crawford for assignment. The move is the first step in completely cutting ties with Crawford. The Dodgers have called up outfielder Austin Barnes to take Crawford’s spot on the roster.

The Dodgers now have 10 days to trade, waive, or release Crawford. Considering his poor performance this season and the large amount of money remaining on his contract, no team is likely to claim Crawford off waivers or attempt to trade for him, so it appears inevitable that he will be released.

Crawford is hitting .185 with three extra-base hits in 81 at bats this season. He is owed roughly $35 million between now and the end of next season, completing the seven-year, $142 million contract he signed with the Boston Red Sox before the 2011 season. Unless someone claims him or works out a trade for him, the Dodgers will pay Crawford the $35 million left on his contract not to play for them.

The move is not a shocking one, but the timing is a little curious, as the Dodgers just placed outfielder Yasiel Puig on the DL, which may have opened up the need for Crawford to play more, giving him a chance to put his slow start to the season behind him. Instead, Los Angeles will look to play Trayce Thompson, Scott Van Slyke, Howie Kendrick, and Enrique Hernandez in the corner outfield spots, with Joc Pederson being the team’s primary center fielder and Barnes now being in the mix as well.

The Dodgers offered no detail explanation for why Crawford was designated for assignment or the timing of the movie other than Josh Byrnes, the team’s vice president of baseball operations, saying that Crawford was “caught in a numbers game.” Thompson has certainly established himself as a player who deserves to play every day, but Van Slyke has had very few at bats this year due to injury, while Kendrick and Hernandez are both putting up modest numbers, so there could have been a need for Crawford to play while Puig is out.

For Crawford, the decision by the Dodgers completes a far fall from grace. He was both a Gold Glove and Silver Slugger award winner in 2010, his final year with the Tampa Bay Rays before signing that large contract with the Red Sox. His time in Los Angeles has been plagued by injuries, which may be attributed to Crawford playing on a turf surface in Tampa Bay during the early part of his career.

In 10 days, it’s likely that Crawford will have cleared waivers and the Dodgers will release him. At that point it’ll be interesting to see if any team in need of an extra outfielder attempts to sign him at the league minimum, knowing the Dodgers are picking up the rest of his contract. Despite his struggles this season, the soon-to-be-35-year old may still have something left in the tank.