Had Draymond Green not been suspended from Game Five the Golden State Warriors may have been able to pull out a win and clinch the title. If they had, Green would have likely been named the MVP of the Finals more for his defensive contributions than his offense. 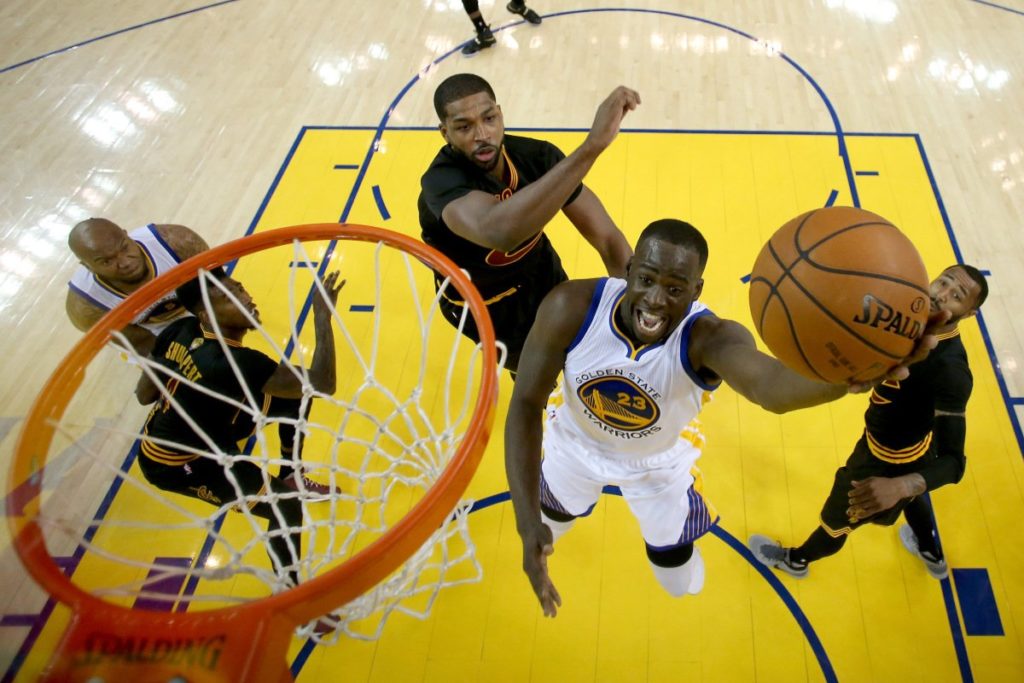 But he was, and they didn’t so the series continued.

In Game Six, Green nearly had a triple-double with nine points, ten rebounds, and six assists. It wasn’t his best game, but it wasn’t bad either.

It wasn’t enough to win with what the rest of the team chipped in so on to Game Seven.

At this point, you would think that his chances of being named Finals MVP were done. How could the Finals MVP be someone who missed a game?

Easy—because he was the only one on the team that played like a guy that wanted to Warriors to remain NBA Champions.

If anyone else on the Warriors roster chipped in at least what they averaged during the regular season, the Warriors would have won the game and series.

But he got no help from the rest of the usual suspects:

Draymond Green tied a record for three-pointers made in Game Seven of the NBA Finals (6). He had his second highest point total of the season (32; he scored 37 in the conference semifinals against Portland) and accumulated his best stat line of the year–with 32 points, 14 rebounds, and nine assists.

He would have been a shoe-in for MVP had the Warriors won. Green came to play, and he played like someone that wanted to win a championship—unlike the rest of his team.

And he’s the one accepting blame for losing the Finals?

“I blame myself for everything, that’s who I am,” Green told the media. “Hey, I’m not afraid to take the blame. I do think that’s where the series turned. I learned from it. I’ll be better. I’m not afraid to say it’s my fault. I think it was. But this ain’t the last time you’ll see us.”

Could they have won had he played in Game Five? Sure—they could have, but they also could have lost. Kyrie Irving and LeBron James were unstoppable in that game. Yes, he could have made a difference, but with the Warriors shooting just 36.4 percent in that game next to Cleveland’s 53 percent it would have taken an epic game on his part to pick up the slack.

Way to man up and accept blame Draymond, but you are probably the one guy that shouldn’t be.

Steph Curry and Klay Thompson on the other hand…