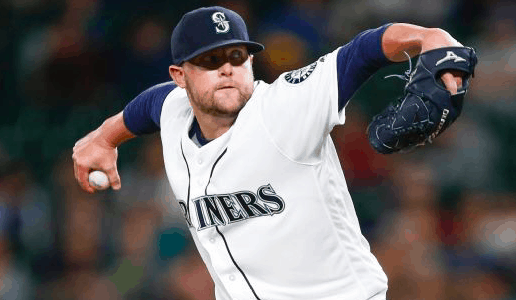 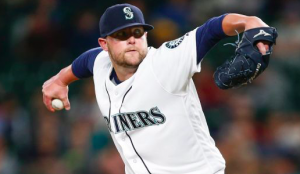 The Cincinnati Reds announced on Tuesday that they have signed reliever Drew Storen to a one-year deal worth $3 million, as the free agent market continues to be incredibly friendly to relief pitchers, even ones who weren’t particularly effective last season. The deal includes incentives that could pay Storen an addition $1.5 million. He will also make an extra half million dollars if he’s traded during the 2017 season.

Storen first reached the big leagues in 2010 with the Washington National. He ended up spending six seasons with the Nationals, serving as the team’s closer for a significant period of time, including a 43-save season in 2011. However, Storen lost his job as Washington’s closer on two separate occasions, first to Rafael Soriano in 2013 and again during the 2015 season when the Nationals acquired Jonathan Papelbon. The presence of Papelbon prompted the Nationals to trade Storen to the Toronto Blue Jays last winter.

The Blue Jays had high hopes for Storen, but he fell flat on his face once he got to Toronto. In 38 appearances with the Blue Jays, Storen posted a 6.21 ERA. He was designated for assignment in July and ultimately traded to the Seattle Mariners for Joaquin Benoit. Things did get a little better for Storen in Seattle. In 19 outings for the Mariners, he went 3-0 with a 3.44 ERA, helping to restore some of his value on the free agent market.

Signing with the Reds is a homecoming of sorts for Storen, who grew up in Indianapolis, which is less than two hours from Cincinnati. Storen was also high school teammates with current Cincinnati catcher Tucker Barnhart. That connection and the proximity to his hometown may have pushed Storen to sign with the Reds. “Being from the area and the Reds being my hometown team, it’s special something like this worked out for me,” Storen said Tuesday.

Of course, the opportunity to become a closer again also appears to be a factor in Storen signing with Cincinnati. “If you’re in the bullpen and don’t want to close, you have no business being down there,” Storen said Tuesday. However, he added that he was not promised the closer’s job with the Reds, saying, “I’m not paid to make those decisions, I’m paid to get outs.”

Reds GM Dick Williams said Tuesday that the closer’s job would be determined during spring training, although Storen will get an opportunity. Prior to the signing of Storen, Raisel Iglesias was considered the favorite to win the job. Iglesias had six saves in eight opportunities last year after beginning the season in the starting rotation. Lefty Tony Cingrani, who saved 17 games last year, and righty Michael Lorenzen are also candidates, giving Storen plenty of competition for the closer’s job.

Considering his experience as a closer, it may benefit the Reds to begin 2017 with Storen in that role. If he performs well, he could boost his trade value in case the rebuilding Reds want to trade him in July. Storen in the closer’s spot could also help Iglesias or Lorenzen ease into the closer’s role. Both could also be useful pitching multiple innings at a time instead of being saved for the final inning.

Cincinnati’s bullpen had the second highest ERA in the National League last year, so adding a veteran like Storen is a positive move. The bullpen is usually the last thing to settle into place for a rebuilding team like the Reds, and so Storen should give them stability in the short term while their other pitchers settle into late-inning roles, making him a key component of the rebuilding process.