When the 2016-17 Men’s College Basketball season started, much was expected of the Duke Blue Devils. They were named the preseason No. 1 so, of course, there were expectations. However, they haven’t really lived up to them so far. The loss to Kansas can be lived with; the Jayhawks are pretty awesome in their own right.

They ended the year on a bad note with a loss to Virginia Tech to open conference play on New Year’s Eve. But the loss that will be hard to handle happened a few days later when it was announced long time head coach Mike Krzyzewski was having back surgery and would be out for a few weeks. 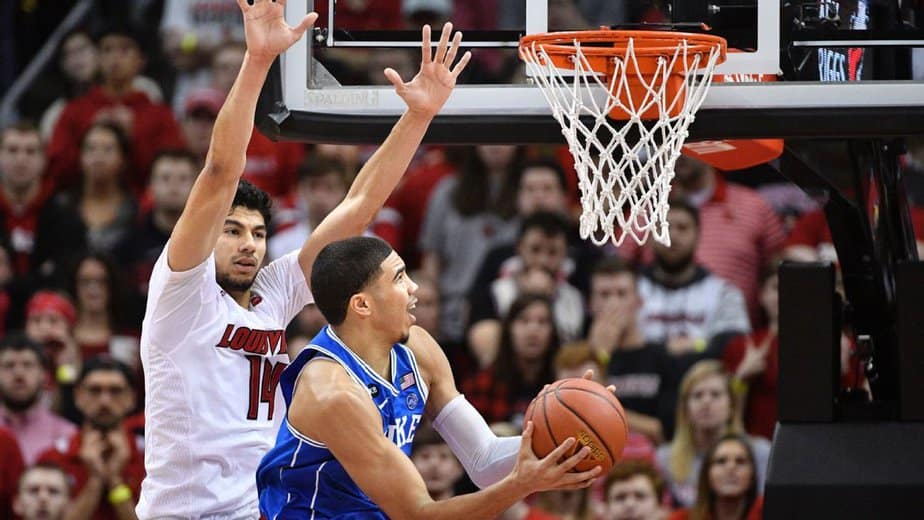 The Blue Devils won their first game without Coach K, but since then, things have not gone too well. They dropped their second conference game of the year Tuesday night, an 88-72 game against a good Florida State team.

Saturday afternoon they had a chance to right the ship and show that Duke basketball is still a force to be reckoned with. All they had to do was take down No. 14 Louisville—but they couldn’t. Duke committed 18 turnovers on the day, clearly needed Amile Jefferson in the lineup (who was out with an injury), and had no answer for the Cardinals in the second half.

Louisville led by four at the end of the first half and didn’t let up in the second half. Duke played well enough to keep the game close but was not able to close the gap. The Cardinals shot 59 percent in the second half, led by as much as ten late in the game, and went on to win by nine, 78-69.

“We have to change this,” said Duke assistant coach Jeff Capel who is filling in for Coach K while he recovers from back surgery. “That has to be our attitude. Being close isn’t good enough. Merely fighting isn’t good enough.”

Grayson Allen did his best to keep the team in the game. He and Luke Kennard accounted for 19 of Duke’s 30 points in the first half. He ended the game with a team-high 23-points and nine rebounds but also had six turnovers.

Louisville fans let him have it whenever he touched the ball and even chanted “Sweep the leg!” when he was at the free throw line.

“I don’t think about it,” said Allen after the game. “I only worry about the guys that are playing the game, not the people that are watching.” 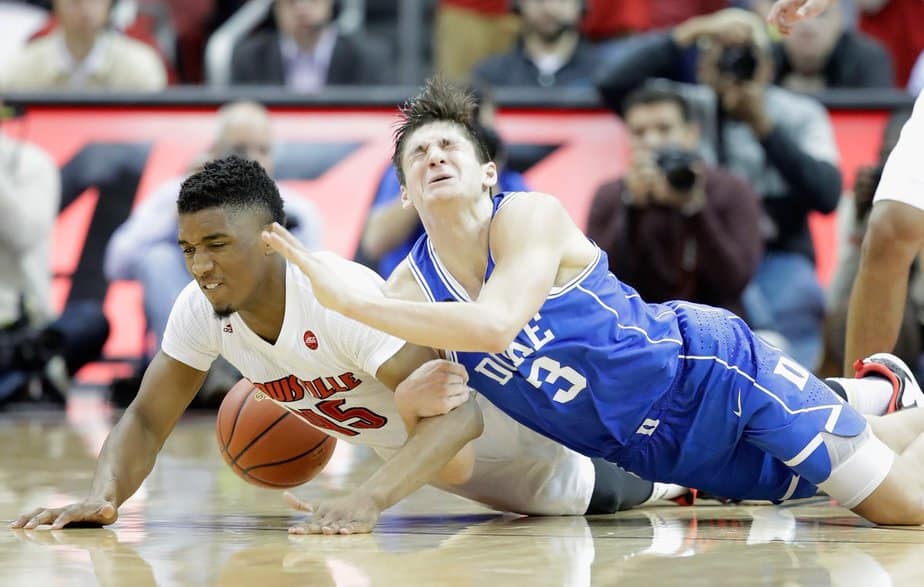 The loss drops Duke to 2-3 in conference play for the first time since the 1995-96 season. They entered the week ranked No. 7 in the country but with two losses they will undoubtedly drop out of the top 10. Of course, the haters in the world have been quick to pile on the Blue Devils; some have even referred to the team as “soft.”

With how they have looked, it is understandable that some may overlook the Blue Devils going forward—which would be a mistake. Will they struggle? More than likely. Will they start to win anytime soon? It depends on how long it will take to get everyone healthy and if Grayson Allen can stay out of trouble.

It would help if they could get some more help out of their underperforming freshman class, but that may not come until Coach K returns and gets some more time with them.

As is, the Blue Devils are good enough to make the tournament, and many still consider them one of the favorites to win it all in the end. Of course, for that to happen, they will have to earn a slot in the Tournament. With how the team looks right now, they are going to have a harder time making it in than they usually do.

But assuming they can get healthy by the time the tournament starts and their youngsters can keep improving, they will be a very dangerous team to play when it counts.