Duke-Florida State Recap: Blue Devils Get Back On Track With Win Over Seminoles 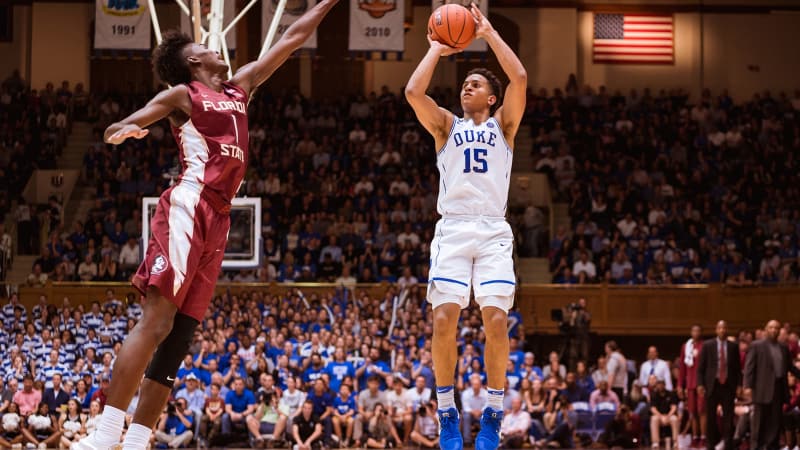 It has been a roller-coaster ride of a season for the Duke Blue Devils this year. They’ve gone from being the preseason No. 1 to almost entirely off the radar and back again. But after returning to prominence with a seven-game winning streak, they lost two in a row—both to unranked opponents!

The two losses left some fans wondering what they could expect out of their team. But they would be able to find out as the team closes out its regular season against No. 15 Florida State (Tuesday night) and No. 5 North Carolina (Saturday afternoon).

With the display the team put on against a tough, talented Florida State team Tuesday night, confidence is trending upwards once again.

Duke’s defense got to work in the first half and limited one of the better offensive teams in the nation to just 23 points in the half. The Blue Devils held a 34-23 advantage at the half, but it wasn’t necessarily because their offense was playing much better than Florida State’s. Duke only made two more baskets than the Seminoles and only attempted three more.

The only glaring difference between the two teams was at the free throw line. Florida State had only three attempts and missed two while Duke had eight and made all of them.

Duke stretched the lead out to as much as 19-points in the second half. Florida State was able to battle back and get within eight on three occasions down the stretch, but they were never a serious threat to overtake the lead.

A dunk by Dwayne in the final seconds of the game made the score look better for the Seminoles—but they still lost 75-70.

Even though Duke controlled the game and won, head coach Mike Krzyzewski still felt the need to address the critics and proclaim that his team was not slumping (NBCSports):

Amile Jefferson returned to action after having missed most of the second half against Miami with an injury. The senior scored 14 points (6-6 from the floor) and pulled down 11 rebounds in his final home game for the Blue Devils.

Grayson Allen also returned to the floor after missing the previous game against Miami. But he only saw about 16 minutes of playing time and scored just two points.

“We’ve got to get him healthy,” Krzyzewski said after the game, “because he’s too valuable for us.” 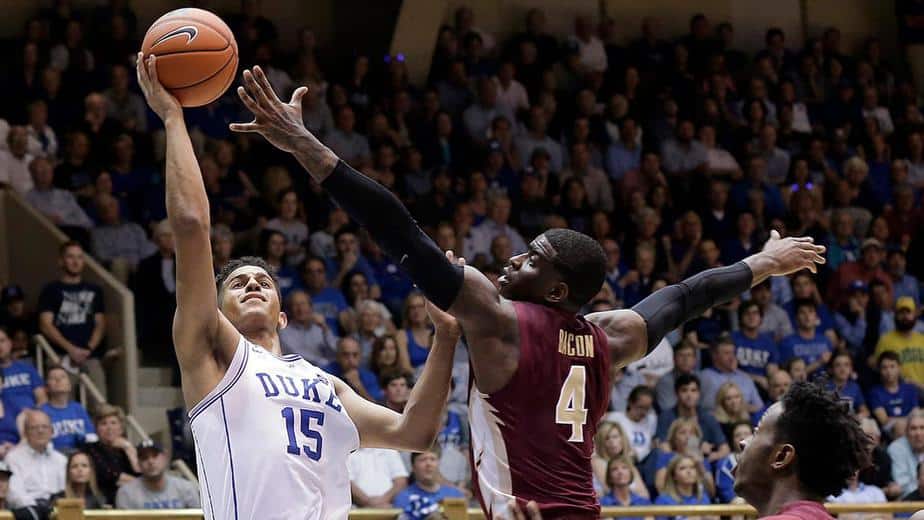 While the win does give the Blue Devils a confidence boost, it will mean little if they fall to North Carolina in the regular season finale Saturday night in Chapel Hill. Florida State will look to get back on track against Miami at home.