Duke-Miami Recap: Blue Devils Ride Second Half To Victory After Karma Catches Up With Grayson Allen In The First

Whenever the name “Grayson Allen” comes up, college basketball fans have come to expect to hear another story about him tripping someone, looking like he was thinking about it, or some other form of potentially questionable contact. Thanks to his actual tripping incidents, fans tend to assume the worst.

So–when they heard about what happened to him Saturday during Duke’s game against Miami, they probably thought it was karma catching up with him. 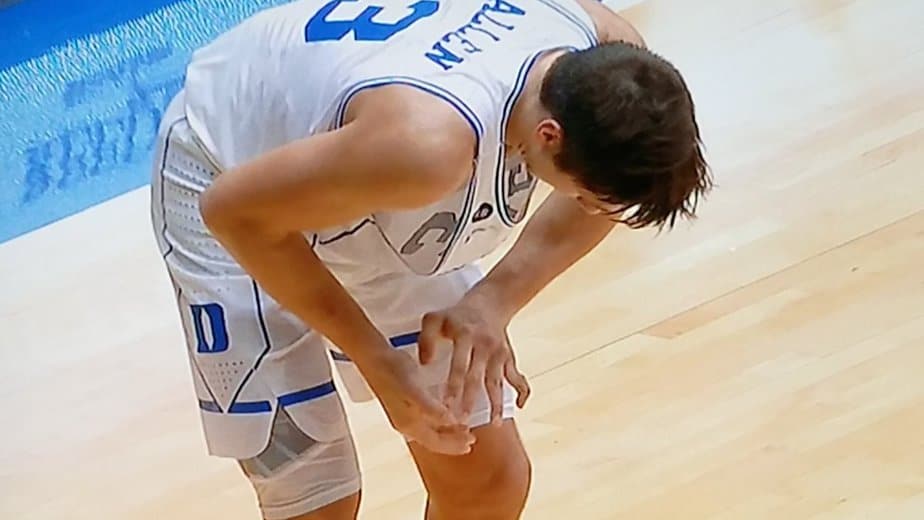 A first-half collision with Anthony Lawrence left his face a little bloody. But the real painful part came at the end of the first half when he fouled Dewan Huell and dislocated his pinkie finger on this left hand. However, to his credit, he didn’t let it take him out of the game. The trainers reset his finger, taped it to his ring finger, and he played the second half.

The game was one the Blue Devils needed to win. With a week off since their last game, a loss to Louisville (the second loss in a row for Duke), the team needed to get back on the right side of the scoreboard again. Miami is a good, but not a great team; one they should be able to handle.

Thanks to the week off, everyone would be available, including Amile Jefferson. So the stage was set for the team to have one of its best games of the season. But then the craziest thing happened—they stunk in the first half and found themselves down by 11, 25-36, at the intermission.

The 31 points they scored off of Miami’s 18 total turnovers is the most over the last two seasons for Duke. 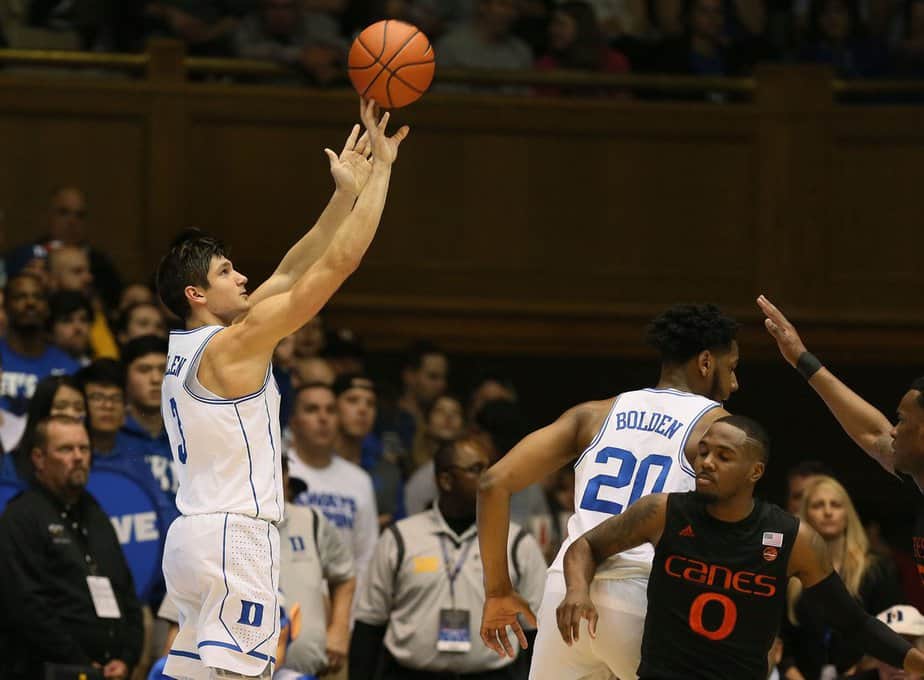 The Blue Devils went on to outscore the Hurricanes 45-22 in the second half and ended their losing streak at two games with a 70-58 win.

Matt Jones scored his 13 points in the second half including a trio of three-pointers during a 20-point run. Jefferson only had five points in his return after missing the last two games but pulled down 12 rebounds. Jayson Tatum led the team in scoring with 14 points.

The win improves Duke’s conference record to 3-3. They will look to get it over .500 when they face off against North Carolina State Monday night at home. Miami will not play again until Wednesday (Boston College).