The Duke Blue Devils entered Wednesday night’s game against the Syracuse Orange on a nice run. They had won their last seven games, moved into a tie for second in the conference, and had become the talk of the town again in college basketball. All was right in the world as far as Duke players and fans were concerned.

That is until Syracuse guard John Gillon banked in a three-pointer from the top of the key as the buzzer sounded and brought the winning streak to an end. 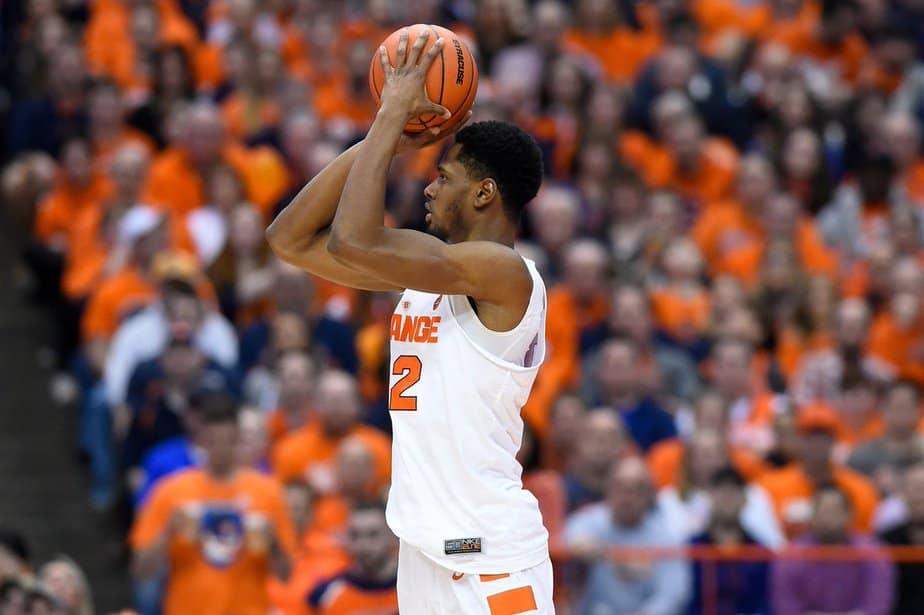 Syracuse came into the game knowing a win could go a long way towards locking up a March Madness spot for them. After one-half of play, it didn’t look like they were going to get that win against Duke. The game remained close for much of the first half, but the Blue Devils began to pull away late in the half.

Duke’s biggest led by as many as ten points in the half, but a late layup by John Gillon closed the gap to eight points, 33-25.

“This team fights. They do what they can do to come back. They keep battling,” Orange coach Jim Boeheim said after the game. “It’s been a fight all year long.”

Fight the Orange did in the second half. By making nine of their first 11 shots to start the second half, Syracuse wasted quickly closed the gap, but didn’t tie the game up until Tyus Battle hit a pair of free throws with 13:08 to play to make the score 47-47.

The lead would go back and forth a number of times over the remainder of the game. Amile Jefferson gave the lead back to Duke with 1:34 to play after making a pair of free throws. But John Gillon hit one of his seven second-half baskets with 38 seconds left to tie the game at 75-75.

After Luke Kennard had missed a potential game-winning shot with 11 seconds left, Gillon made the biggest three-pointer of his career–as the buzzer sounded—to secure the win for Syracuse.

“I figured it out toward the end of the first half where they struggled defensively,” Gillon told the media following the win. “I just felt like there wasn’t an answer for me in the second half.”

Gillon led the Orange in scoring with 26 points followed by Tyus Battle’s 18-point night. Luke Kennard hit five of nine three-point attempts and scored 23 to lead Duke in scoring followed by Jayson Tatum who had 19 points.

Syracuse brought an end to Duke’s seven-game winning streak with the win and ended their own three-game losing streak. It’s their third against a top-ten team and should go a long way towards helping them make the Tournament. 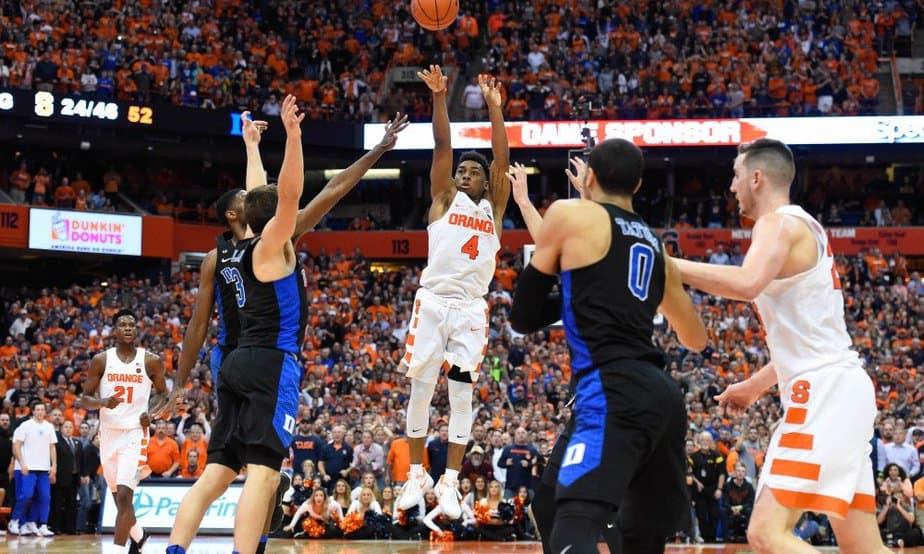 Of course, if they really want to lock up a spot they just need to beat No. 7 Louisville on Sunday.

Duke will continue to be tested as the regular season winds down with games left against the Miami Hurricanes, Florida State Seminoles, and North Carolina Tar Heels.