When the Virginia Cavaliers took the court against the Duke Blue Devils Wednesday night, they knew they were facing a different team than the one that struggled in January. They were healthy, they had their head coach back, and were playing like the title contender many thought they would be before the season started.

To win, they were going to have to do what every good team does—play their game. For the Cavaliers, that means playing defense, and for the first half, it worked like a charm. When the first 20 minutes of the game were over, Virginia was ahead 25-21. 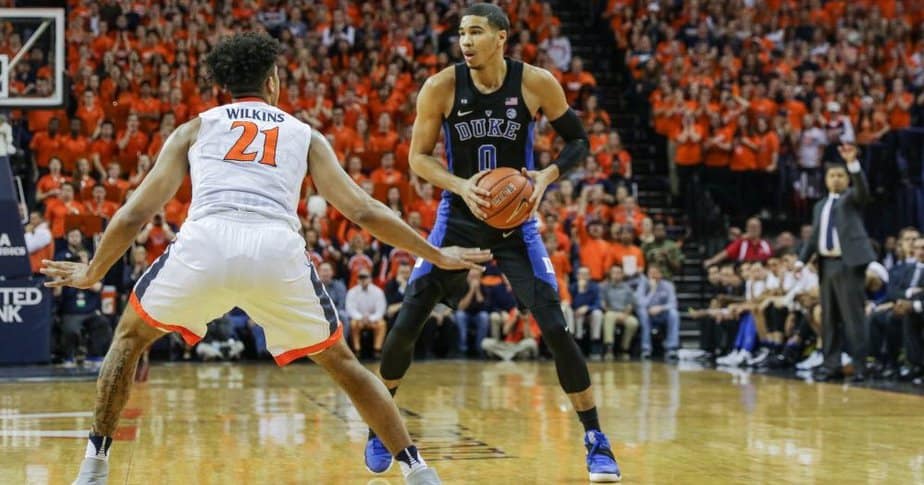 But then Coach K proved why he is one of the best coaches in the history of collegiate sports. He ditched the called plays and essentially let his guys just go out and play basketball.

“We were just trying to move the ball and give them the opportunity to be basketball players, which they are,” Krzyzewski said.

Freshman forward Jayson Tatum score 21 of his 28 points in the second half, many of them in dramatic fashion. Three times he threw up a three-point attempt with the shot clock winding down to zero—he made all three.

Tatum entered the game having made roughly 33 percent of his shots from three-point range, but couldn’t miss against Virginia. By the time the night was done, he had hit six of seven from being the arc.

“That was a big-time performance,” Krzyzewski said after the game. “I mean, Jiminy Christmas. It’s why we won for crying out loud.”

Duke wasted little time erasing the deficit and taking the lead in the second half, but the Cavaliers kept it close for most of the half. They kept the game within a couple of possessions until late in the game. Tatum’s final three-pointer of the game gave the Blue Devils a 10-point lead, 54-44, with less than two minutes to play.

Virginia would get within eight points, but never closer as Duke rolled in the second half outscoring Virginia 44-30 en route to a 65-55 win.

“Every time we needed a stop, they put a dagger in us with a late shot clock or a deep 3,” Virginia head coach Tony Bennett said.

Grayson Allen and Luke Kennard struggled with their shots throughout the game hitting a combined five of 19. But Kennard made up for it by hitting nine of ten free throws including eight in the final two minutes to help put the game away for the Blue Devils. 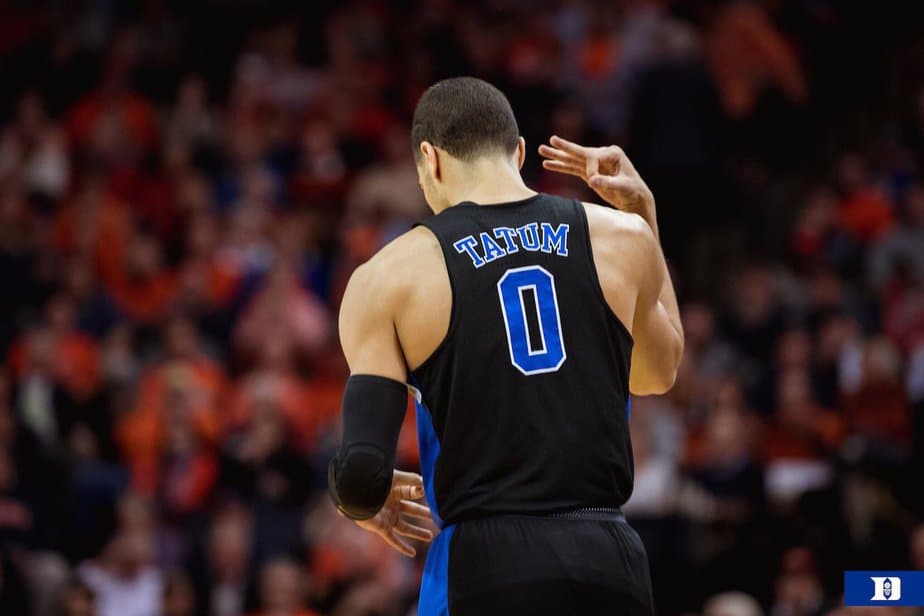 The loss is the fourth for the Cavaliers in their last six games. In each loss, their top ranked defense let them down in the second half as their opponent shot better than 50 percent. If they can’t get the issues figured out, Cavaliers fans better not expect much once the postseason starts.

Duke, on the other hand, has turned into the team no one wants to play in the postseason. The win extends their winning streak to six and moves the team into a three-way tie for second in the conference with Florida State and Louisville with five games left in conference play including one against the Seminoles and Tar Heels.

Duke will try to extend the winning streak to seven when they face Wake Forest Saturday. Virginia will have the unenviable task of getting back on track with a win against North Carolina.