Dwyane Wade has been the man for the Miami Heat for the last 13 years. He has been a stud on the court and an integral part of three championship teams, but his contribution has not been solely on the court. He even tried to help them sign free agents by taking less money in his last contract.

But this time, he didn’t want to do it. It was his turn. He wanted to get paid. He had been a loyal team player for team duration of his career. It was time for the team to show him some loyalty and pay him what he deserved. 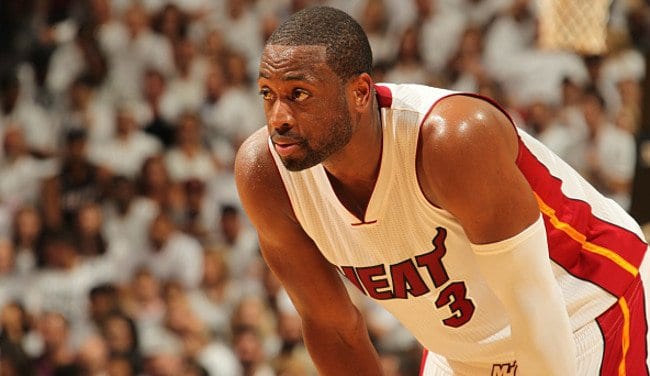 There was just one problem—the Heat didn’t want to.

After he began taking meetings with other teams, the Heat finally offered him something close to what he was looking for—a two-year contract worth $40 million, but it wasn’t enough.

Rumor had it he wanted north of $50 million, and at least one team was willing to go as high as $50 million—the Denver Nuggets.

However, no matter how much anyone else offered him, no one believed he would actually leave. Wade and the Heat had become one and the same. Surely the team wouldn’t let him walk after all he had done for the franchise.

The news hit the internet Wednesday night that Wade has agreed to a two-year contract worth $47 million with the Chicago Bulls.

Wade released a nice letter to fans in Miami to the Associated Press:

This has been an extremely emotional and tough decision to come to. After 13 years, I have decided to embark on a new journey with the Chicago Bulls. This was not an easy decision, but I feel I have made the right choice for myself and my family….

But why the Bulls? They didn’t even make the postseason last year. With Wade, they will likely make the playoffs, but they are far from championship material.

As it turns out, it isn’t about the money or winning another title. A large part of it was probably not wanting to take a low-ball offer from Miami, but by going to the Bulls he is getting a chance to go home. In his letter, Wade talked about growing up in the Chicago-area and watching the Bulls as a kid. There will probably still be a few Miami fans that will be angry with him for leaving. At the same time, there will be more that will be unhappy, but will respect his desire to return to his roots.

Rumors the last couple days had the Cleveland Cavaliers interested in Wade, but as nice as it would have been for him to reunite with LeBron James, the Cavs would not be able to offer him anywhere close to what he wanted.

Chicago wasn’t initially looked at as a serious contender for his services for the same reason. The Bulls would need to get rid of some people—and they have. Jose Calderon has been sent to the Los Angeles Lakers, and Mike Dunleavy has been sent to the Cleveland Cavaliers.

Wade will put bodies in the seats, but there is no telling how much he’ll help the team win. Last season Wade’s shot percentage hit a career low (45.6 percent), and he was terrible from behind the arc (15.9 percent).