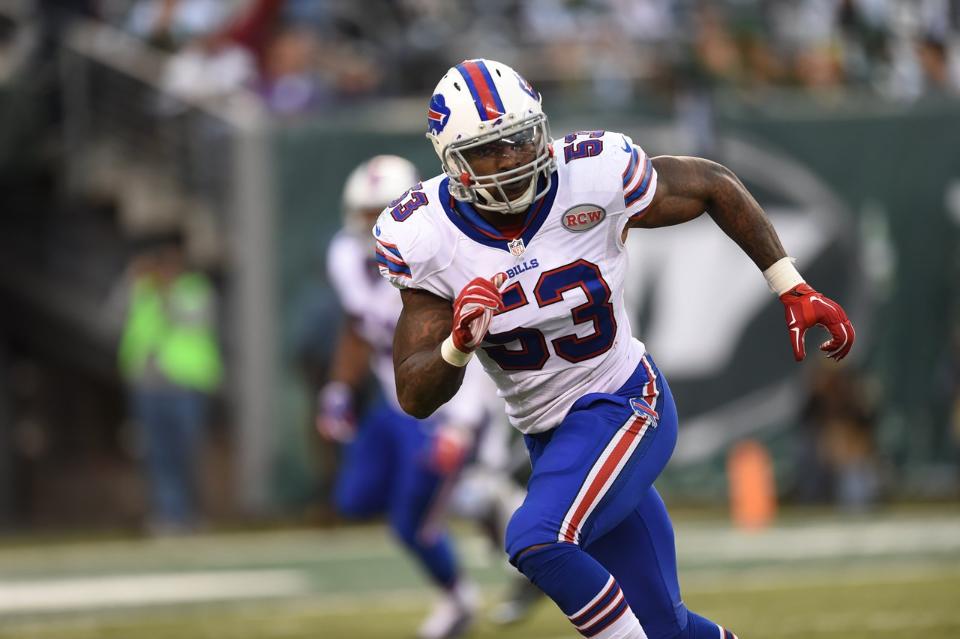 Double jeopardy doesn’t exist in our legal system, but it does if you are an NFL player. Not only does a player have to deal with whatever the legal system hands down, but he’ll have to face the wrath of NFL Commissioner Roger Goodell as well. Sometimes, that can be a good thing because the legal system often takes it easy on pro athletes. So in that respect, it is good that no transgressions get by Roger Goodell. However, if there was ever one that Roger Goodell should let slide—Philadelphia Eagles linebacker Nigel Bradham.

That is if a certain version of the incident ends up being true.

Whether Bradham punched the attendant in the nose isn’t really under question. What is being questioned is whether there were extenuating circumstances (Philly.com).

According to Jean Courtois, an attendant at the Hilton Bentley Hotel in Miami, Bradham hit him without provocation because he wasn’t providing speedy enough service. However, another version of events tells a different tale.

Supposedly, Courtois had refused to rent Bradham and his party six chairs; he insisted that they could only be rented in groups of four. Courtois was rude to Bradham’s girlfriend at that time and again later when they asked to have the chairs moved closer to the water.

She asked to see Courtois’ supervisor. More arguing ensued and she ended up being struck in the face—which is when Bradham punched him out.

Who can blame him for that? If this version of events is true, can any of us say we would have reacted differently? If you say yes, how does your girlfriend feel about that?

Again, if this is indeed true, Bradham’s worst offense is leaving his credit card and cell phone behind after the group fled.

Courtois, who is 50 and weighs only 160 pounds, claims he didn’t hit anyone. It would seem unwise for a much older and smaller person to strike a young professional athlete. However, maybe he was so offended by something Bradham’s girlfriend said that he didn’t care about the large man standing next to her, and he did hit her.

So far, the Eagles are sticking by their new linebacker and say they have no intention of releasing him. He was still able to report to training camp on time. Neither Bradham or the Eagles said much about it after practice since the investigation is ongoing. Bradham did say he feels confident that his name will be cleared.

He has also stated that he is considering filing charges of his own against Courtois but has not said what for.

Bradham was drafted in the fourth round of the 2012 Draft by the Buffalo Bills, whom he played with for four seasons before signing with the Eagles in March. He regrets that the first impression fans will have of him is a legal matter off the field:

“You don’t want that to be part of your legacy at any time throughout your career,” Bradham said (ESPN). “It’s my first year here. I’m just getting started. I definitely don’t want to start out with that being out there. It’s unfortunate for me that I didn’t get to play first and at least let them see me play and get an opinion.”

Bradham has been charged with aggravated battery, a second-degree felony. Should the authorities by his version of events over Bradham’s, it would not be shocking to see a plea deal reached or charges dropped after Bradham pays him off.