Eastern Conference Finals: Game Six Recap—LeBron And The Cavs Are Moving On 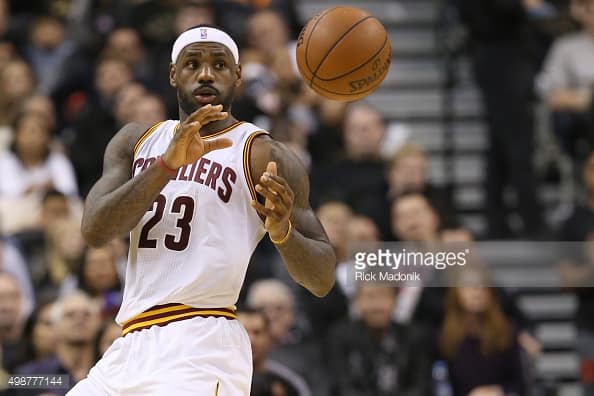 We all expected it to happen. We expected the Cleveland Cavaliers to make it back to the NBA Finals this year. We didn’t expect the Toronto Raptors to make fans sweat a little with a pair of well-played games on their home court—but they did.

Toronto had a chance to extend the series with another win at home Friday night, but they were not able to muster enough magic to make it happen. Cleveland took control of the game early and let it go winning by a final score of 113-87.

For Cleveland, it marks a second straight trip to the NBA Finals. This time, with a healthy Kyrie Irving and Kevin Love, the Cavaliers will have a much better chance at bringing an end to the 52-year championship drought by the city’s professional sports franchises.

LeBron James talked about his desire to bring the City of Cleveland a championship when he decided to return a couple of years ago and talked about what it would mean if the Cavs could get it done.

Whether they play against Oklahoma City or Golden State, if the Cavaliers can put together a few games like they did Friday night the dream could become a reality. As a team, they shot better than 50 percent from the floor (54.1 percent) and three-point range (54.8 percent) while holding the Raptors to much lower marks (41 percent and 32 percent respectively).

Each of Cleveland’s “Big Three” had big games. James led the way with 33 points, 11 rebounds, six assists, and three blocks. Kyrie Irving chipped in another 30 points and nine assists. Kevin Love had his second good game of the series with a 20 point, 12 rebound performance.

As lopsided as the score was, Toronto didn’t play a bad game. They simply lost to the better team. Kyle Lowry and DeMar DeRozan combined to go 20-40 from the floor for 55 points but didn’t get much help from the supporting cast. After two fantastic performances in Games 3 and 4, the Cavaliers were able to minimize Bismack Biyombo once again by holding him to four points and only nine rebounds.

Raptors head coach Dwane Casey was down after the game, but optimistic about the future of his team:

“We’re learning. We’re not where (the Cavaliers) are right now. We’re going to be.”

For James, the trip alone further cements his status as one the best players—if not the best—of the modern era as he heads to the NBA Finals for the sixth consecutive season. The only other players to accomplish the feat were all a part of the Boston Celtics team that won eight NBA Finals from 1959-66.

When asked about it on the court following the game he became very emotional, but rather than answer it right away he showed some respect to the Toronto fans who were still cheering for their team:

“I never been a part of something like this in my 13–year career. This is special, and they really appreciate what their team did.”