"Mr. Price has been given the "Billy Walters treatment" by the betting establishments in the Las Vegas area, due to his distinct ability to pick winners and cost casinos millions."
Home
basketball
ESPN Writers Heavily Favor Golden State Warriors Over Cleveland 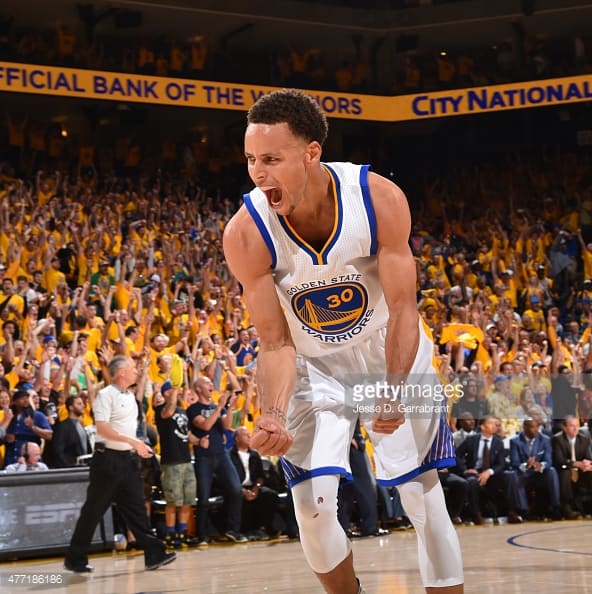 It is a great but sad time of year for NBA fans. The Finals are upon us, and this year the best two teams in the NBA, the Golden State Warriors and Cleveland Cavaliers, made it. After the Cavs had taken the Warriors to six games last season, fans hoped both teams would make it back–and they did.

As high as the anticipation of an epic series is, the 2015-16 NBA season only has 4-7 games left before it is all over—and that is sad.

So the question on every NBA fan’s mind has been this: Can a fully-loaded Cavaliers team take the Warriors in a best of seven series?

Every fan has their own opinion as do the so-called experts. ESPN polled its staff to see how they think the NBA Finals are going to play out. The results are not too surprising:

Vegas thinks the Warriors are going to repeat too. According to the Westgate Las Vegas SuperBook, the Warriors opened as the favorite at -185 with Cleveland a +165 underdog. By Tuesday, the lines shifted, but the Warriors remained the favorites (-210 to +180).

The odds vary among sportsbooks, but the Golden State Warriors are the clear favorite.

So—does that mean the Cavaliers don’t have a shot? Absolutely not, but they do have to do everything right while the Warriors make a few mistakes in order to win.

They will need to do something that had not been done yet—slow down the Warriors offense. That means finding a solution for Steph Curry and Klay Thompson. It would not be a bad idea to figure out how to stifle Draymond Green as well.

As much as Warriors fans may want to point at the two wins their team had over Cleveland during the regular season, those wins came against a David Blatt-led team. The Cavaliers have transformed into a different—and better—squad under Tyron Lue.

However, now that the Warriors scoring machine has reawakened—probably not.

Game One is Thursday night.