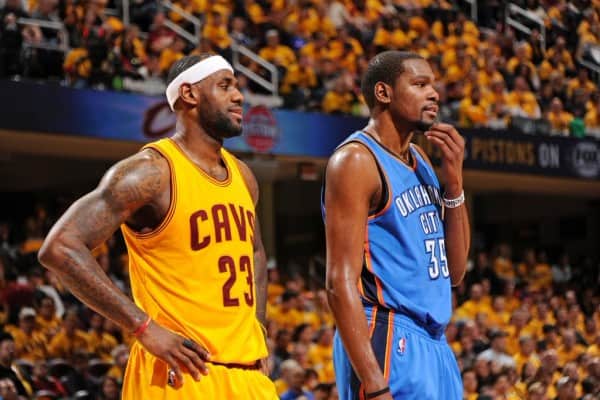 The NBA Finals are finally done. LeBron James kept his word and brought the long-suffering city of Cleveland a championship. As a series, it was not the most compelling. The final game was the only one that was close and went down to the wire. We had hoped for better, but it just wasn’t meant to be.

With the 2015-16 season officially in the books, it is time for fans of the Golden State Warriors and Cleveland Cavaliers to do what fans of the other 28 teams have already been busy doing—looking ahead to next season and checking out the free agent market.

How can their favorite team get better? What do they need to do to be playing in the Finals next season? Do they need to do much? Or is it more of an addition by subtraction scenario? Will their draft picks be enough or do they need to get one of the big-name free agents due to hit the market?

There will certainly be a number of guys hitting the market when free agency starts. Some are expected to sign with their old clubs, but you never know what someone will do whenever another team swoops in with a sweetheart deal.

The following are all guys set to become free agents that could switch teams:

LeBron James (assuming he opts out as expected): He has done what he set out to do—bring a championship to the city of Cleveland so what’s stopping him from taking off again? Rumor has it that he has thought about going back to Miami or maybe moving out west with the Lakers. Doing so would make him everyone’s favorite heal again, but he has proven he doesn’t care what people think.

It will probably come down to where he thinks he can continue to win championships. The Lakers are so far from being a contender it is hard seeing anyone move to LA, but it is not hard to imagine him moving back to Miami.

Kevin Durant: Oklahoma City wants him back like a fat guy wants more cake, but he has made it clear that he wants to go through the courtship part of being a free agent. He’s not old by any stretch, but he knows he needs to be on a true contender now while he is in his prime. He has already stated that who he is going to be playing with will factor into his decision.

With the Thunder, he was one game away from making it to the Finals. Does he think they can do it again? Or was it a fluke and he needs to jump ship?

Dwight Howard (assuming he opts out): Howard has been through the free agent song and dance already but should he try it again he may be disappointed. He wasn’t stellar in Los Angeles and hasn’t exactly been lighting it up in Houston either. Struggles in his first year can be attributed to developing chemistry, but that doesn’t explain why he had his lowest scoring average (13.7 points/game) since his rookie season (12.0 points/game).

He has talked about opting out but has yet to indicate what he plans on doing. If he does, he may find out the hard way that he is not as valuable as he thinks he is.

DeMar DeRozan: DeRozan did not so himself any favors with a poor showing in the playoffs, but anyone looking to add one of the top scoring threats in the league to their roster will put in a bid on him. He’s young (26) and has been improving so there is no reason to believe he will not continue to do so.  He may not get a max deal, but he’ll certainly make more than the $10.35 million he made last season.

Rumor has it that he wants to return to Toronto, and the Raptors want him back, but if someone comes in with a bigger offer…

Dirk Nowitzki: No way Dirk leaves Dallas—right? Not so fast. The long time Maverick is getting close to the end of his career, but last season still played 31.5 minutes a game (in 75 games) and scored 18.3 points a night.  He is not the same guy that led the Mavericks to a title, but he could still contribute to a team shooting for one.

But there is no way he leaves Dallas—right? Not exactly. He has stated that he has no desire sticking around if the Mavericks decide to rebuild. So while it is unlikely, he could make the move.