"Mr. Price has been given the "Billy Walters treatment" by the betting establishments in the Las Vegas area, due to his distinct ability to pick winners and cost casinos millions."
Home
Football
Florida Gators LB Christian Garcia Deserves More Attention Than He’s Getting

When it comes to the off season, the media tends to focus on all the football players that do something wrong. Whether they do something criminal or just something society deems wrong, they are the ones that get all of the attention.

That, in itself, is wrong. 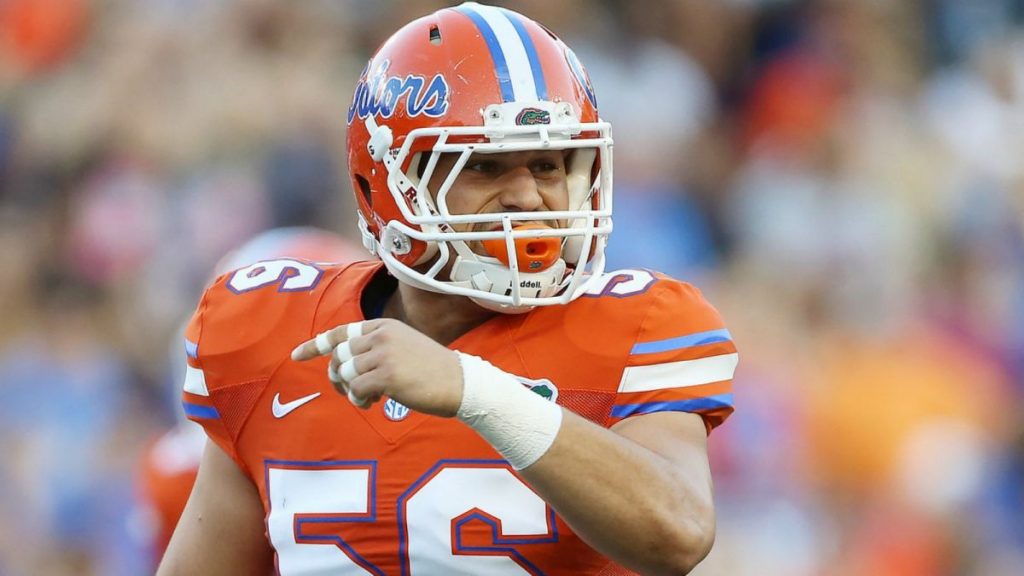 There are plenty of great football players that do all sorts of good things every day, but since controversy is what sells and gets people to click on links, the bad boys are the ones that get all of the attention. Those players deserve to be given credit for the good that they do, more so than the bad ones deserve to be vilified for what they do.

For example, the last few days have seen countless stories pop up online about NFL stars involved in or being accused of domestic violence. Greg Hardy, Ray Rice, and Ezekiel Elliot have all had stories featured in the media at a national level.

Florida Gators linebacker Christian Garcia? Not so much.

Blogs, TMZ, and local media sites have featured stories about the little-known linebacker who played in just one game last season. So—what did he do?

He stopped a young woman from being raped.

Garcia was working security at a local establishment, the 101 Cantina, Thursday morning. While taking the garbage out, he and a co-worker noticed a man pressing a woman up against the bar’s trash dumpster. The man tried to claim that she was his girlfriend, but Garcia saw she was barely conscious and knew something was wrong.

So he stepped in to put an end to it (via Gatorsports):

“I turned around and pulled the guy by the shoulder and said, ‘Get off.’ That pretty much ended the situation then. He was intoxicated and attempted to throw some punches, but he slipped and busted his face on the wall.”

Police have charged the man with sexual battery, and will probably use the videos his friends were taking of the assault as evidence to convict him.

“I hold strong moral values and I don’t think anyone should be taken advantage of in that kind of way,” Garcia told local television station WTLV (via ESPN). “The girl was basically unconscious, so I knew there was no way she could be giving consent.”

According to the police report, the woman was unable to walk, couldn’t keep her eyes open, and had trouble speaking. She told police when she regained consciousness hours later at the hospital that she never said yes, did try to stop him, but was unable to due to her own level of intoxication.

There are bad people out there doing bad things every day. Some of them are athletes that use their celebrity to get what they want and get out of things they don’t want. They need to be talked about so people can stop looking up to them and see them and them for who they really are.

At the same time, there are good guys out there, and the media should do just as good a job of bringing them attention as it does the bad.

The world may not know your name Christian Garcia, but you’ve made it a better place.