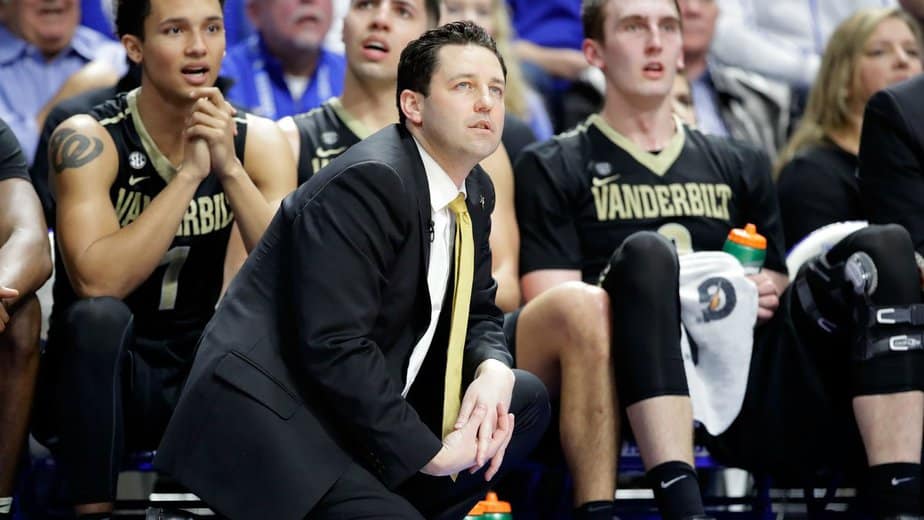 Vanderbilt does not have a great basketball team. They are one of the better three-point shooting teams in the nation, but that distinction isn’t enough to qualify them as “good.” Statistically, there is nothing that stands out about this team. Nothing that makes the casual college basketball fan say “Hey, I want to watch those guys.”

But when they took on the Florida Gators Saturday, they put on a show for whoever happened to be watching. 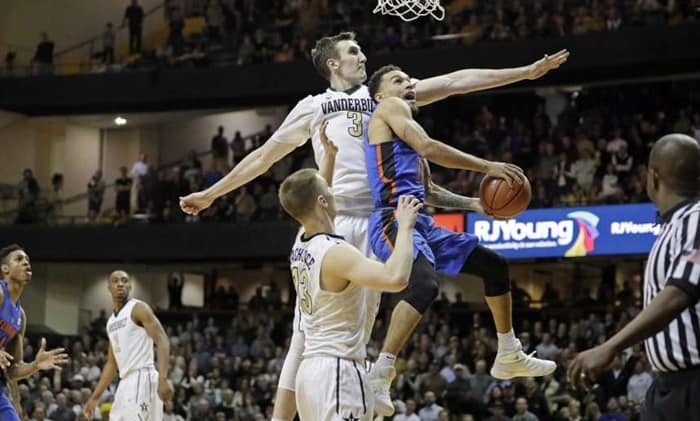 Florida had their number in the first half and didn’t have to do anything crazy to take it. They had more shot attempts. They made those shot attempts and went into the half with what appeared to be a comfortable 40-31 lead. Vanderbilt led for most of the half. But a pair of free throws by KeVaughn Allen gave the Gators the lead, 22-21, with 8:45 to play—and the Gators didn’t look back.

The second half started out much like how the first half ended, with Florida dominating, and within minutes they had the lead up to 12 points, 54-42. Not only were they hitting their shots, but they were keeping the Commodores from doing what they do well—shoot three-pointers.

So, Vanderbilt did the only thing they could do—they started going inside. They started hitting a few more shots but also started heading to the free throw line a lot more. After attempting eight shots in the first half (making six), they had 27 attempts in the second half (made 20).

“Vanderbilt was more poised,” Florida coach Mike White said. “They were more solid both offensively and defensively. They made better decisions. Two veteran teams, they played like a veteran team. We didn’t play enough like one. They were terrific.”

Kasey Hill had a chance to tie the game up for Florida in the final seconds of the game but was unable to make his shot fall.

The win gave Vanderbilt two over ranked-Florida teams this season and their fifth in their last six games. They had lost the last time they took the court but gave the Kentucky Wildcats all they could handle before falling 73-67.

First-year head coach Bryce Drew was happy to talk about his team—and the Tournament—after the game (NBCSports):

“We’re definitely playing our best basketball right now, which is when you want to be playing your best …,” Drew said. “I’m biased. I think we should be in. We’ve won nine of our last 12, and five of those wins are against teams that are going to be in. There are a lot of things hopefully going our way.”

With the win, the Commodores improve to 17-14 on the season and 10-8 in conference play. Many are talking about them as one of the last four teams in when the selection committee picks this year’s Tournament teams.

Next up for Vanderbilt will be Texas A&M in the SEC Tournament on Thursday night. A good showing in the SEC tournament could help punch their dance card for the tournament that really matters.