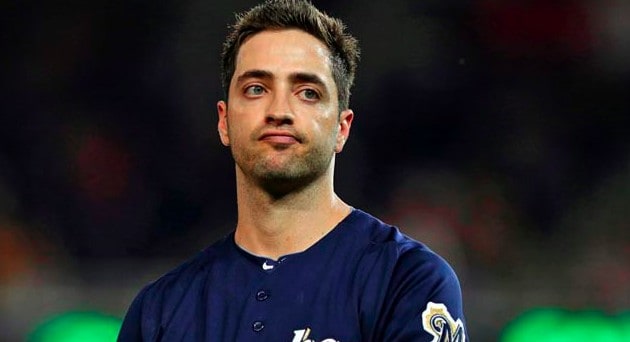 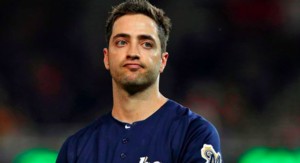 The MLB trade deadline is more than six weeks away, but some minor trades have already been made and it’s not too early to start hearing rumblings about other possible trades. The latest trade rumors have linked the San Francisco Giants to Milwaukee Brewers outfielder Ryan Braun. A report claims that the Giants have had “preliminary talks” about acquiring Braun.

The Giants have a glaring hole in their outfield after they saw Hunter Pence go on the DL with a torn hamstring earlier this month. Pence is not expected to return for at least eight weeks, and so the Giants are reportedly looking outside the organization for outfield options. With Pence out, San Francisco is relying on Jarrett Parker and Mac Williamson to fill in, with neither providing much offense. Gregor Blanco could be an option to move to right field when Angel Pagan returns from the DL, although Pagan has not had a productive season either.

From Milwaukee’s perspective, the Brewers are three games under .500 but not necessarily out of contention for a wild card spot if they can get things turned around. However, they are very much in a re-building process and expected to be sellers this summer. Braun is under contract through the 2020 season, with a mutual option for 2021, and it certainly stands to reason that the Brewers would be interested in getting his contract off their books, as he’s already 32 and still owed over $100 million.

Moreover, Braun is having one of his best seasons in quite a few years, so the time could be right for the Brewers to attempt to deal him while his value is on the rise. However, Milwaukee GM David Stearns spoke on Sunday about the team having no need to trade a player like Braun or Jonathan Lucroy, who is also expected to be a top trade target for contending teams this summer. Of course, that stance could certainly change in the weeks to come.

There is noting imminent between the Giants and Brewers involving Braun, and little pressure on San Francisco to make a move, as the Giants hold a five game lead atop the NL West. Braun would seem to be ideal for the Giants in the short term if San Francisco plans on going all-out for another world championship, but beyond this season they would have to find room for both Braun and Pence in their outfield and on their payroll. The Giants also don’t have a particularly deep farm system from which to find the prospects necessary to trade for a player like Braun.

It would make sense for the Giants to at least be a little patient with regard to trades, at least until they have a better idea regarding Pence’s timetable for a return and while they hold a comfortable lead in the division. However, it is telling that they have already held preliminary talks about potentially trading for Braun, who may actually turn into a wanted man as we get closer to the trade deadline.