When the Golden State Warriors signed Kevin Durant in the off-season, the general perception was that it was the NBA Finals or bust for the team. They were already title contenders with their current roster. Add one of the most prolific scorers in the game today to the lineup, and it becomes hard to imagine anyone beating the Warriors. Heck—it’s hard to imagine anyone even making a seven-game series interesting.

That is, as long as the roster can stay healthy—or after what happened to Kevin Durant Tuesday night if it can get healthy. 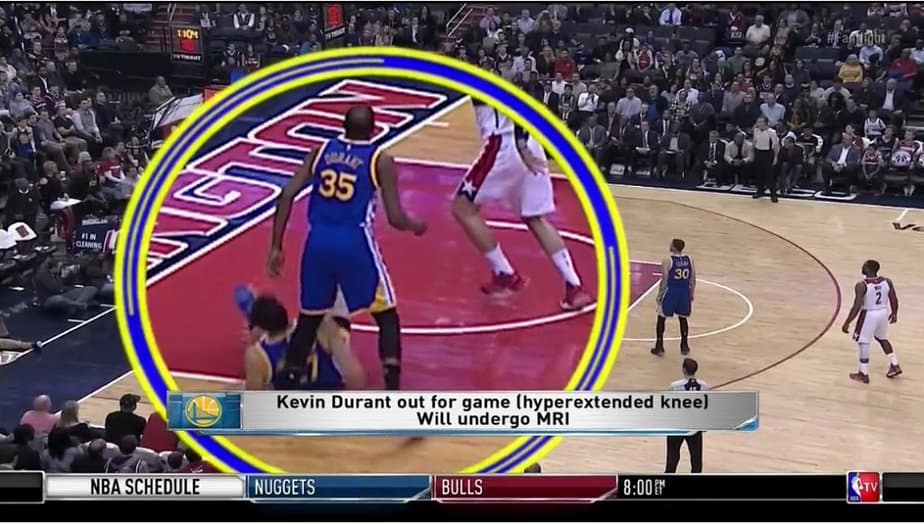 Less than a minute into Tuesday night’s game against the Washington Wizards, Wizards center Marcin Gortat fouled Warriors center Zaza Pachulia. He then fell back and into Durant’s leg. Durant jumped back as quick as he could, but it was evident something was wrong as he hopped around holding his left leg.

Durant tried to play on it for a couple of possessions but eventually asked Warriors head coach Steve Kerr to call a timeout. He headed back to the locker room with the trainers and didn’t return. The early work Tuesday night was he suffered a hyperextended knee. How much recovery time is needed depends on severity, but it could easily be anywhere from two to four weeks.

However, as it turns out, he didn’t have a hyperextended knee. An MRI was taken Wednesday morning showed a sprained MCL and a bone bruise. The best thing he can do for both is to give them time to heal, but it is hard to tell how much time he’ll need. For now, it sounds like the plan is for him to sit out the next month and then have it reevaluated.

Warriors General Manager Bob Myers spoke with the press Wednesday and admitted that there was a short period of time where the team feared the worst—that it was a season-ending type of injury.

“There was a moment where there was a different potential diagnosis,” Myers said (ESPN), “but that didn’t last too long, and most of it was let’s get another image to make sure we have a clear look at this, and that’s what determined the final diagnosis as I was told.”

The team certainly missed him for the duration of Tuesday night’s game. Washington ended up taking a 40-26 lead after the first quarter. At one point, the Warriors were down by  19 points, but the team managed to mount a comeback, and the final period started with both teams tied at 85-85. 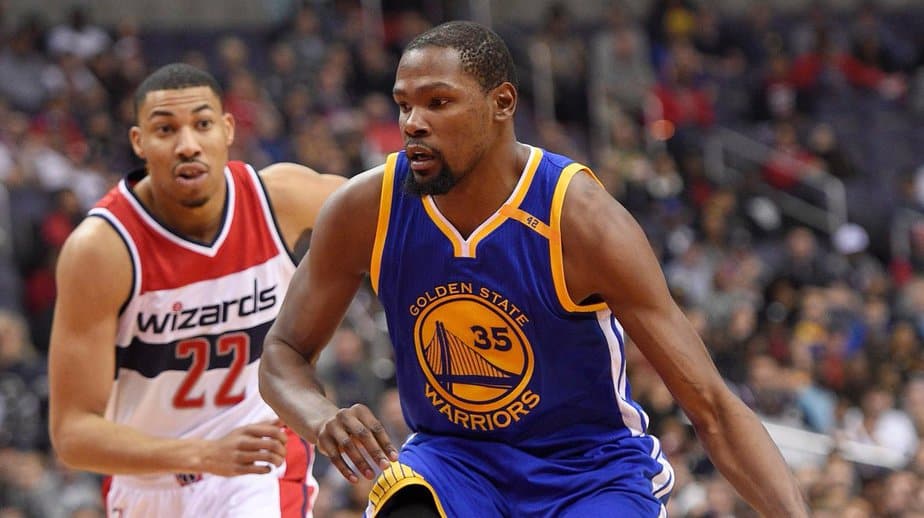 The game remained close throughout the final period but with six seconds left, Steph Curry had the chance to give the Warriors the lead with a 31-foot three-pointer—but he missed. Washington went on to win 112-108.

With about six weeks left in the season, there is a chance the Warriors could get Durant back during the regular season. But it is more likely they will want to make sure he is as healthy as possible for the playoff run.  Golden State is the only team to have secured a playoff spot already, so they really don’t need him to return until the second round of the playoffs (when the competition gets a little tougher).

Matt Barnes has been signed to help fill the void in the interim.