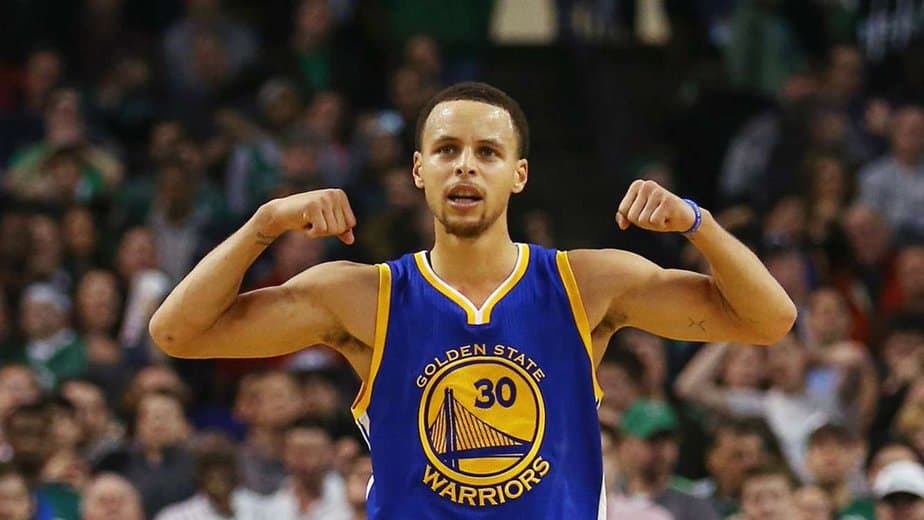 It may sound a little crazy, but a couple of weeks ago, it would have been easy to make an argument against the Golden State Warriors making it back to the NBA Finals this year. They started the month losing four of their first six games. With how they played, it was easy to see them losing a lot more.

But then they got some much-needed rest. Since then, the team has not lost. To be fair, some of the competition hasn’t been very tough, but during Golden State’s nine-game winning streak, the Warriors have taken down their toughest competition in the West—the Houston Rockets and San Antonio Spurs. 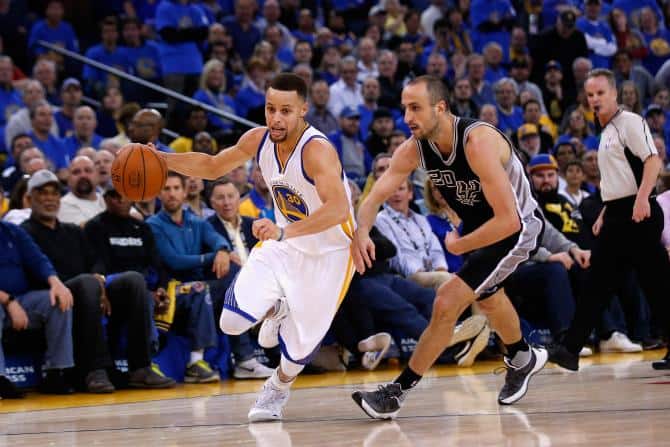 Some may try to look at the Houston game and say it shows why the Warriors will not win it all this year. They will try to say a true contender would not have allowed the Rockets to nearly complete an epic comeback after falling so far behind after the first quarter (it was 37-20, Golden State after the first).

However, while nearly losing the lead does not look good for the Warriors, the team did come through in the clutch and secured the win when it needed to late in the fourth quarter.

In a perfect world, championship teams would dominate their competition. They would not need to be clutch, make comebacks, or stop a comeback. But they are not the only teams with talented players. While the Warriors do deserve credit for putting an end to Houston’s comeback, the Rockets deserve some for mounting it in the first place.

Holding on to a lead against a good team is one thing, but what really proves Golden State’s championship pedigree is what they did against the San Antonio Spurs Wednesday night.

San Antonio had dominated the Warriors in their first two meetings this season. At first, it appeared they were going to do so again Wednesday night as the Spurs got out to a 15-0 lead to start the game. In the first quarter, Golden State couldn’t buy a bucket and at one time found themselves down by 22-points.

However, a championship-caliber team can be down but never considers itself out.

“You don’t let go of the rope,” Steph Curry said after the game. “Whether it ends up in a win or a loss, you can’t ever feel like you’re out of it. Understanding based on the experiences we’ve had the last three years, we have what it takes to win all sorts of way.”

Down by 16-points heading into the second quarter, it looked bleak for the Warriors, but then things turned around. Suddenly, it was the Spurs who couldn’t buy a basket and the Warriors that couldn’t do wrong. By the time halftime rolled around, the Spurs advantage was down to just three points, 57-54.

Golden State continued to roll in the second half. A Klay Thompson three-pointer gave Golden State the lead early in the third quarter. The game remained close for most of the quarter, but by the time it ended the Warriors held an 84-77 advantage.

“Our offense kind of got stagnant a little bit,” Spurs forward Kawhi Leonard said. “Some miscommunication on the switches. We knew they were going to make shots.” 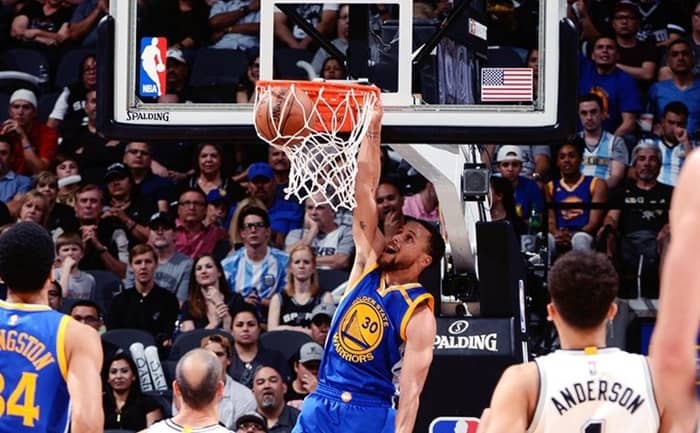 Make shots they did. After being dominated in the first quarter, the Warriors outscored the Spurs, 93-65 over the final three-quarters. It almost seemed like falling behind by 22-points in the first quarter (it was 29-7 with 3:29 left in the first) was the spark Golden State needed. From that point on, the Warriors made 56.9 percent of their shots next to San Antonio’s 38.1 percent, made 12 of 22 three-pointers (Spurs made four of 16), recorded 30 assists (San Antonio only had 15), and made only nine turnovers (Spurs had 13).

Golden State has had their ups and downs this season, but every team is going to have some during an 82-game season. What’s important is that they get it together when it matters most. From how they played Wednesday night against the Spurs–and during the rest of their nine-game winning streak—it is clear they have done just that.

They’ll get another chance to prove it when the Houston Rockets come to town Friday night. San Antonio will hope to get back on track when they travel to Oklahoma City to play the Thunder Friday night.