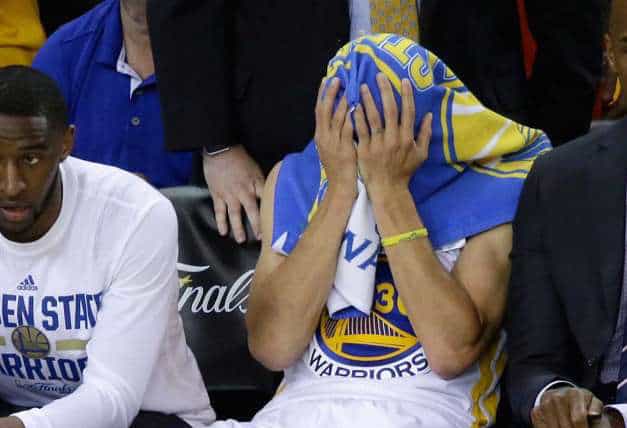 After the Golden State Warriors broke the regular season record for most wins with 73 many of the critics and fans were ready to call them the greatest team that ever played. They just needed to do one more thing.

As sweet as winning 73 games during the regular season is, the mark doesn’t matter if the Warriors do not officially become the best team of the season by winning the championship.

The answer is easy—they can’t be.

Scottie Pippen, a member of the 1995-96 Chicago Bulls, who previously owned the regular season win record at 72, made it clear during a Monday morning radio appearance (Mike & Mike) he thought his Bulls team was still the best and why the Warriors can’t claim that honor:

“No matter how well you do in the regular season, it has to be capped off with a championship, to really mark your legacy in the game. That’s where we see Golden State had some failure there. They lost their dominance throughout the playoffs.”

Congrats @cavs for winning @NBA title. @warriors u had a great regular season. But the greatest team of all time is the 95-96 @chicagobulls

Fans will be left wondering what could have been and looking for answers until next season starts. Were the Cavaliers really the better team? What happened to the Splash Brothers? How come Steph Curry and Klay Thompson all but disappeared for most of the series? What about Harrison Barnes?

Could Tyron Lue be a better coach than Steve Kerr?

When the media tried to get a few answers out of Curry and Thompson after the game they didn’t have much to say:

“It hurts, man,” Curry said after the game. “I mean, that’s all I’m really kind of marinating on right now.”

Curry still insisted his health—or the perceived lack thereof—had anything to do with his performance:

“I’m fine. I mean, I have three months to obviously get ready for next season. I won’t get injured celebrating tonight, I can tell you that much.”

When asked what happened to the Splash Brothers, Klay Thompson didn’t have an answer:

The Warriors had every chance to cement their place in history. With a 3-1 series lead, many considered it a foregone conclusion that they would win. With the win and the regular season record, they could have laid claim to the title of the best team ever to play.

But they lost. So now they are just another team.

Instead of making history as the best team ever, they will go down as the team to have the most epic collapse in NBA Finals history. As for their regular season record, it will be a footnote next to the bigger story:

LeBron James and the Cavaliers end the championship drought for the city of Cleveland.