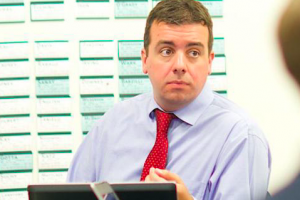 Well, we thought the hacking scandal in which former St. Louis Cardinals employee Chris Correa illegally gained access to a Houston Astros player database had been put to bed, but apparently not. One day after MLB commissioner Rob Manfred fined the Cardinals $2 million, forced them to give their top two draft picks to the Astros, and placed Correa on the permanently ineligible list, Correa refuted the findings of MLB’s investigation while he serves a 46-month prison sentence.

In a statement released Tuesday morning, Correa claims that the Astros had access to a Cardinals database prior to the Cardinals doing the same to the Astros.

“On December 21, 2011, a Houston Astros employee accessed proprietary data on a St. Louis Cardinals server. Later, I would learn — through unlawful methods — that Cardinals’ data were used extensively from 2012 through 2014.

“Houston Astros employees used the data to replicate and evaluate key algorithms and decision tools related to amateur and professional player evaluation. Many individuals throughout the Houston organization, including the General Manager and Assistant General Manager, were included in e-mail discussions about these efforts.”

Correa reportedly made arrangements with his family to release this statement once MLB released its report. The statement also mentions that this will be the last statement Correa makes about the matter while in prison. Correa pleaded guilty last January to five counts of illegally gaining access to another company’s private information and received a 46-month sentence.

“On July 21, 2016, Mr. Correa was informed directly that he would be placed on the permanently ineligible list if he did not cooperate with the Department of Investigations. Mr. Correa not only steadfastly refused to answer any questions, but also opposed the release of any documents by the government to the Office of the Commissioner.

Correa’s statement on Tuesday conflicts with Manfred’s account. Correa claims he was willing to meet with Manfred to discuss the issue but that Manfred “was unresponsive.” He describes himself as “unimpressed” with how MLB handled the situation.

“The Cardinals were not the organization that benefited from unauthorized access,” Correa claims in his statement. “I accept responsibility for my wrongful actions and am paying my debt to society. The Cardinals organization must now pay a heavy price as well. But punishment does not function as a deterrent when sanctions are applied arbitrarily.”

The Cardinals have maintained all along that Correa acted alone in gaining access to Houston’s database, and MLB’s investigation confirmed that fact. The Astros, who benefited from Manfred’s ruling by receiving two additional picks in this year’s draft, declined to comment on Correa’s statement. Houston released a statement on Monday saying the organization is “pleased to have closure on this issue.” Representatives from the Astros have previously denied having any access to a Cardinals database.

Correa said in his statement that he would not comment further while in prison, so it’ll be interest to see if this issue is put to bed or not. MLB and the FBI have both conducted investigations and came away with similar conclusions.

Manfred doesn’t appear inclined to investigate Correa’s claims any further, as he’s not exactly a credible source at this point. Unless the Cardinals or Astros want to take another look at everything, the topic appears to be closed as far as MLB is concerned, regardless of what Correa is saying now or what he may say in the future.