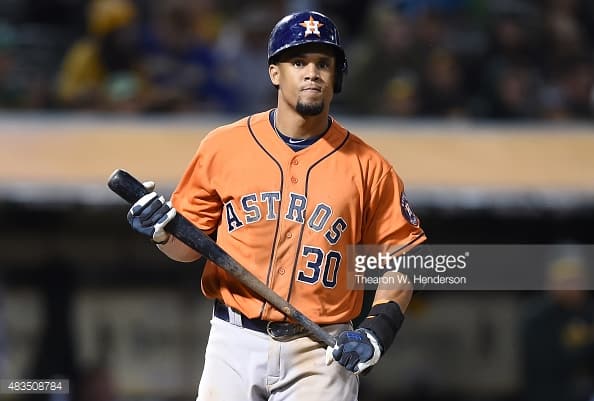 The Houston Astros are set to activate Carlos Gomez from the DL Tuesday, and they expect him to be in the starting lineup when the team plays the Arizona Diamondbacks Tuesday afternoon. Ordinarily, this would be considered great news for the Astros, but considering the fact that Gomez was hitting .182 with no home runs when he last played on May 15, the team’s excitement level is somewhat tempered, and being tied for last in the AL West isn’t helping.

After recovering from the bruised rib cage that landed him on the DL, Gomez played five minor league rehab games, going 5 for 20, including a home run, his first of the season at any level. The Astros are hopeful that the two weeks have given Gomez a chance to get himself right and re-start his season after struggling throughout the first month and a half. “He feels healthy, he feels better and we’re looking forward to getting him back,” said Houston manager A.J. Hinch.

However, Hinch may have some tough decisions to make with regard to outfield playing time with the return of Gomez. Jake Marisnick has played strong defense for the Astros while Gomez has been on the DL, and despite a .169 average, he has started to heat up offensively lately, hitting .273 over his last seven games. This creates some questions about whether Gomez will be an every day player now that he’s back, especially if he doesn’t start producing offensively, as Marisnick appears to be the better defensive player.

It would be reasonable, at least at first, for Hinch to give Gomez the opportunity to earn his spot back, despite his early struggles this year. At 7.5 games out of first place, the Astros are not out of contention at this point in this season, especially after earning a wild card spot last year, and if Gomez can get going, he can give Houston a big lift.

It’s also important to consider that if the Astros can’t fight their way back into the playoff picture, Gomez is a potential trade chip, but only if he is producing offensively. This gives Hinch and the Astros further incentive to put Gomez back in the lineup full time. Either way, Gomez needs to hit the ground running upon his return from the DL, because if he doesn’t, he’s going to be spending a lot more time on the bench the second half of the season, and the Astros are likely to continue to play sub-.500 baseball if he’s not performing.