Houston Texans-Green Bay Packers Recap: So Much For That Division Lead Texans

Some coaches and players do not like to refer to a particular game as a must-win. They feel that every game should be viewed that way. Otherwise, it’s like your saying that it’s okay to lose certain games and not others. Maybe rather than calling certain games “must-win,” those games should be referred to as “need-to-win.”

Some would say the Green Bay Packers and Houston Texans were in a must-win situation Sunday, but neither could be eliminated with a loss, so it wasn’t really a must-win scenario. However, to remain within two games of the Detroit Lions, Green Bay needed to win. After dropping their last two, Houston needed a win to maintain their lead in the AFC South. 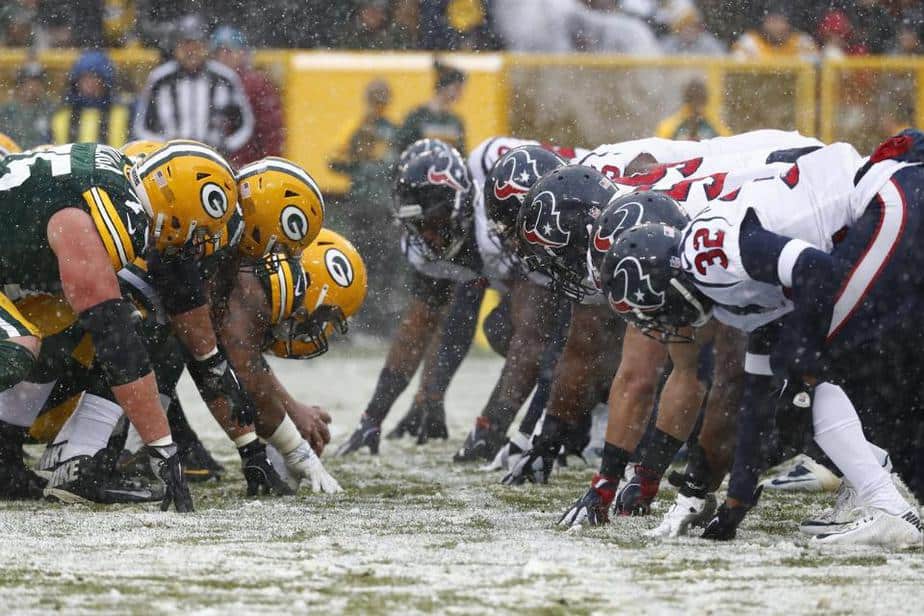 Of course, only one team could walk away from the snow on Lambeau Field happy—and it wasn’t the Houston Texans.

Houston fans were likely nervous going in because of Brock Osweiler’s inability to improve as the season goes on. If anything, he almost seems to have regressed. With Aaron Rodgers and the Packers offense finding their groove lately, the defense was going to need some help from the offense.

For a short time, it almost looked like they were going to get it.

At no point in the first half did the offense ever look good, but at least this time that couldn’t be blamed entirely on Osweiler. The snow definitely impacted play, but it affected the Packers as much as it did the Texans. Neither team did a great job of moving the ball, but then Houston set Green Bay up at midfield after failing to convert on fourth and one.

Ten plays later, the Packers took a 7-0 lead after Rodgers connected with Randall Cobb for a nine-yard touchdown pass.

Weather is often referred to as the “great equalizer, 10” and it certainly helped keep both offenses in check in the first half—but then it started to let up in the second half. Houston benefited first with a nice ten play, 63-yard drive that ended with a six-yard touchdown pass to Ryan Griffin on fourth and one at the Green Bay six-yard line.

With the field cold and slippery, field position could be the difference between winning and losing. Houston gave it to Green Bay once when they failed to convert on fourth down in the first half. Late in the third, the Texans pinned the Packers back on their two-yard line. All Houston needed to do was hold them on the next drive, and they could set Brock Osweiler up with a short field.

But they didn’t. Instead, the Packers embarked on a 12 play, 98-yard drive that ended with a 32-yard touchdown pass to Jordy Nelson and a 14-7 Green Bay lead. Nelson was unbelievably open, but it wasn’t a case of busted coverage. Charles James had slipped.

Houston pinned the Packers deep once again about midway through the fourth, but once again, the defense couldn’t stop them. With the weather easing up, Rodgers had little trouble connecting with his receivers. This time they only needed eight plays to cover 89-yards and take a 21-7 lead with a little more than four minutes to play. 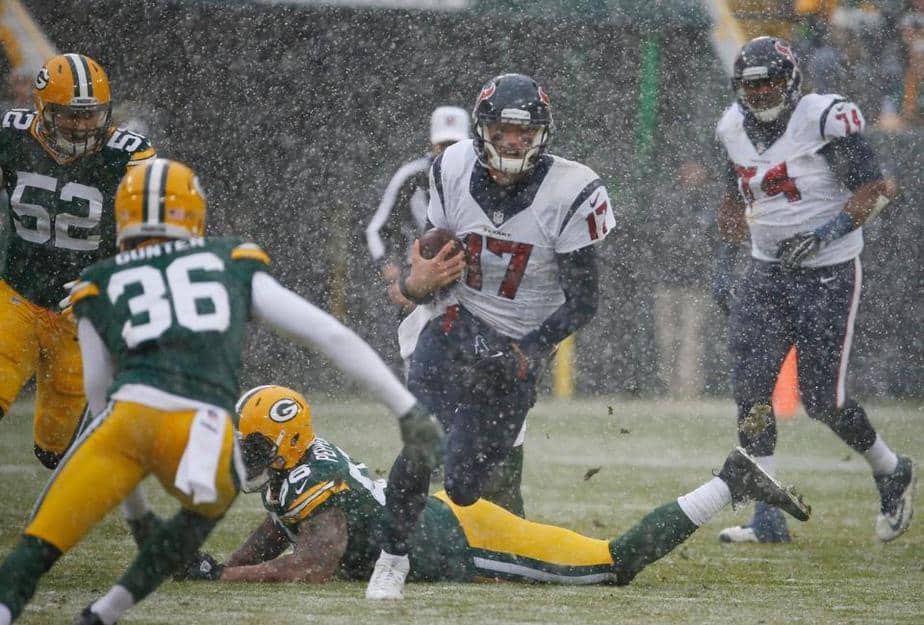 Osweiler would connect with DeAndre Hopkins on a 44-yard touchdown pass to close the gap to 21-13 ( the extra point was missed), but the onside kick was unsuccessful.

The loss dropped the Texans to 6-6 and into a tie for the AFC South lead with the Tennessee Titans, but Houston owns the tiebreaker (since they beat Tennessee once already). Should the Colts win Monday night, they will be 6-6, but the Texans own the tie-breaker there as well.

With all four remaining games winnable ones (Colts, Jaguars, Bengals, and Titans), they should be in good shape—but will not be if Osweiler can’t figure out how to move the offense.