No one was surprised when the Indianapolis Colts signed Andrew Luck to such a massive deal during the offseason last year. His play over the first few years of his career warranted a healthy pay raise from his rookie deal. However, what has been surprising is the apparent lack of urgency on behalf of the franchise to make the most of their $100+ million man.

The Luck Era started off with a bang as the team went 11-5 in his first three seasons, won the division twice, and made it to the AFC Championship game once. But then injuries killed his fourth season (in 2015); a year that wasn’t going well for him even before he was injured. 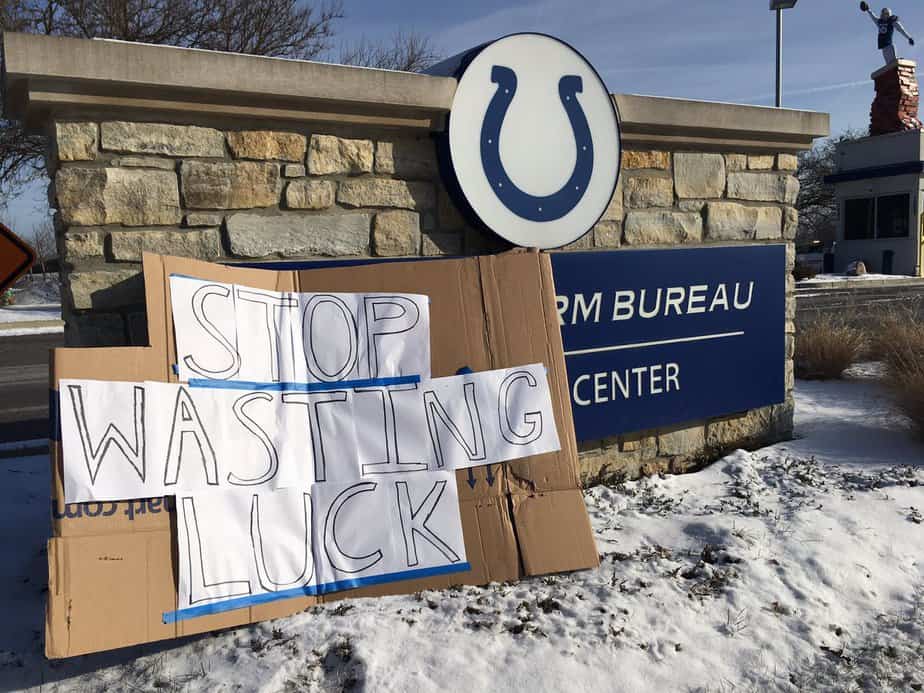 Many blamed Luck’s struggles and the team’s overall struggles on the head coach, Chuck Pagano. Tack on the rumor that he and general manager Ryan Grigson were having issues, and the stage was set for something to happen with the Colts hierarchy after the 2015 season—but nothing happened.

So, when the team started this season with a healthy Andrew Luck and still struggled the general assumption was that Colts owner Jim Irsay made a huge mistake. But was the mistake in keeping Pagano or in keeping Grigson? Or both?

Fast forward to the end of the 2016 season and the Colts, once again, did not make the postseason. Fans—as could be expected—are not happy with how the season played out. After enjoying nine consecutive 10+ win seasons with Peyton Manning at the helm, fans were not pleased with back to back 8-win seasons.

Many thought Irsay should have cleaned house during the season, but since he didn’t he would have to let both Grigson and Pagano go once the season ended. But he didn’t.

Last year, Irsay was expected to let Pagano and Grigson go because he believes the team should win multiple Super Bowls with Luck; not one, like it did with Peyton Manning. Rather than wait for Pagano and Grigson to develop a roster, he wanted to get people who could get the job done now.

But apparently, he is more concerned with sticking to what he said after he announced Pagano and Grigson would be coming back last season:

“I think it’s important to be thoughtful and lean on continuity when you can, and again, Chuck has earned the opportunity going forward,” Irsay said at the time. “Ryan also is contractually tied with Chuck going forward, and we’re set.” 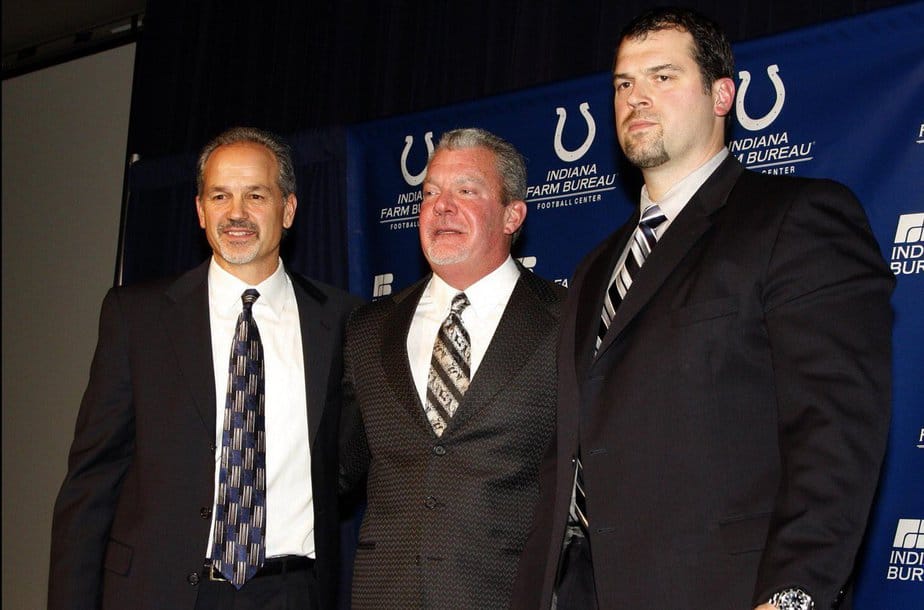 The move, or lack of one, did not sit well with many fans and even prompted one to leave a sign outside of the team facility asking the team to “Stop Wasting Luck.”

Injuries and atrocious play led to Luck being one of the most sacked/hit quarterbacks in the league this season (44 sacks—fifth; 128 hits—second). While the team’s offensive line did have several injuries this season, the lack of depth led to continued poor protection and a lackluster running game.

However, protection did improve significantly as the season went on (a product of coaching). For much of the season, Luck was the most (or second most) sacked/hit quarterback in the league so end the season as the fifth most sacked QB was actually an improvement.

But for the team to do what the sign suggests and stop wasting Andrew Luck, something is going to have to change. Whether it’s finding an offensive line that can block in free agency or the draft doesn’t matter—they need one. They drafted help last season in the first and third round; fans can only hope the team does so again. If they don’t get one, it will be another season lost for one of the best young quarterbacks in the league.

With one of the easiest schedules in the NFL next season, it will not be hard for the team to see some improvement and possibly even win the AFC South. Without one, they can expect to see a much more opinionated sign left at the team’s facility after next season.