Indians Agree to Trade with Yankees for Andrew Miller 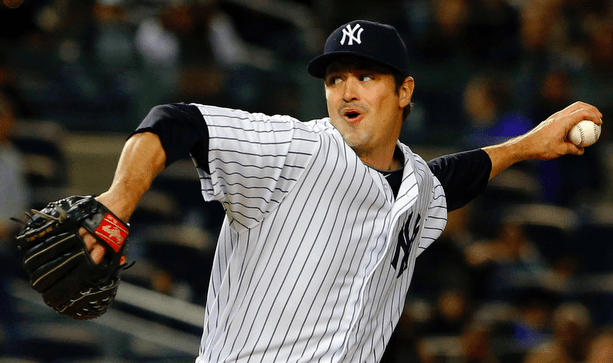 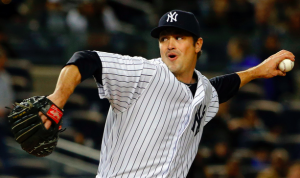 For the second time in less than 24 hours, the Cleveland Indians have agreed made a blockbuster trade. Not long after reportedly acquiring catcher Jonathan Lucroy, the Indians have acquired relief pitcher Andrew Miller from the New York Yankees for four prospects: outfielder Clint Frazier, left-handed pitcher Justus Sheffield, and right-handed pitchers Ben Heller and J.P. Feyereisen.

Miller had become one of the most sought after closers on the trade market, although the price to acquire him was described by many as “steep,” especially after the impressive haul the Yankees received when they traded Aroldis Chapman to the Chicago Cubs. The Indians have reportedly met that high asking price, convincing the Yankees to part with Miller, who remains under contract through the 2018 season at $9 million per year.

Despite having one of the best starting rotations in baseball, the Indians have been on the lookout for an impact bullpen arm, even with steady production from closer Cody Allen. Miller is undoubtedly that kind of impact player, as he’s posted a 1.39 ERA this season, converting nine saves despite being the understudy to Chapman for most of the season. With Miller, Cleveland now has a lockdown closer to handle the 9th inning. Adding the impact of Lucroy’s bat into the equation, it’s not a stretch to say that the Indians are now the top favorites in the American League.

Meanwhile, much like they did in the Chapman trade, the Yankees collected an impressive bounty of prospects by trading Miller. Frazier, the 5th overall pick in the 2013 draft, is the biggest prize in the deal. He was recently promoted to triple-A after hitting .276 with 13 home runs and 25 doubles in double-A. He has average or better tools across the board, including plus raw power. If he reaches his ceiling, he figures to be a solid defensive center fielder who has both above average speed and power. The acquisition of Sheffield is also huge for the Yankees. He was a first round pick in 2014 and has posted a 3.59 ERA in advanced-A this season. The lefty is undersized but has an impressive three-pitch mix and could develop into a solid mid-rotation starter.

Heller and Feyereisen are more ancillary components of the trade, but both could have big league futures. Heller is a former 22nd round pick who’s had a breakout season, dominating double-A out of the bullpen for two months before being promoted to triple-A, where his plus fastball and above-average slider have helped him post a 2.49 ERA in 28 appearances. He could find himself in the Yankees bullpen before the end of the year. Feyereisen was a 16th round pick in 2014 who has moved quickly through the minors and has put up gaudy strikeout numbers and a 2.23 ERA as a reliever in double-A this season.

Of course, the most important part of the trade remains Miller going to the Indians. The acquisitions of both Lucroy and Miller, assuming the Lucroy trade becomes official, in such a short period of time completely change the landscape in the American League. The moves make it clear that the Indians are “all-in” on the 2016 season and make Cleveland clear favorites to win the American League pennant, and possibly the new favorites to win the World Series.