Injuries Continue to Pile Up for David Wright 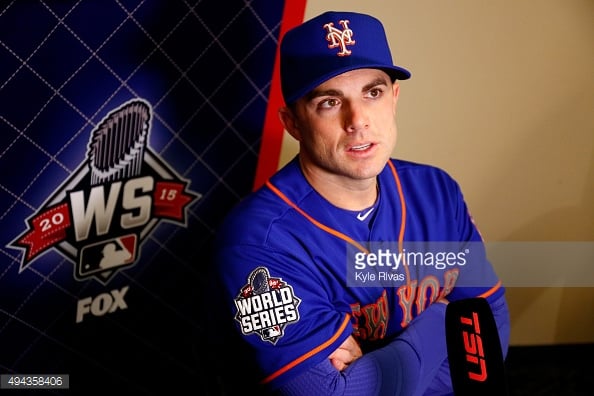 Third baseman David Wright will not be in the lineup for the New York Mets on Memorial, as the team opens up a three-game series against the Chicago White Sox. It will be the third straight game in which Wright will be out of the lineup and unavailable, and with each day he misses, the Mets’ level of concern for his health grows.

The Mets already expect Wright to miss at least a game or two every week due to spinal stenosis, a chronic back condition he was diagnosed with last season. However, it was Wright’s neck that became the problem before Saturday’s game, forcing him out of the lineup while he and the team wait for anti-inflammatory medication to take effect. Meanwhile, the Mets are playing shorthanded and without their captain, who has hit a home run in each of the last three games that he’s been able to play.

New York manager Terry Collins says the neck issue is not related to Wright’s back condition, but it may be linked to issues Wright has had with his shoulder. Clearly, Wright has a laundry list of health concerns that make his short-term and long-term availability an issue the Mets must deal with on a daily basis.

“It’s been hard,” Collins said Sunday about dealing with Wright’s ever-changing availability. “I’m not lying, it’s hard for him, too. We talked this morning again, too. He knows how important he is, especially the way he’s been swinging lately.” Collins went on to say, “I told him, ‘Listen, this is just something we have to get through, but we have to do it right and make sure that we get it out so it doesn’t keep recurring.'”

Wright has not exactly played like an all-star this year, as he’s hitting just .214 and is striking out at an alarming rate. However, his recent home run streak, giving him seven on the year, has given the Mets some hope. Also, with Travis d’Arnaud nowhere close to returning from a shoulder injury and Lucas Duda set to miss an estimated six weeks with a stress fracture in his back, the Mets need Wright in their lineup as much as possible.

The Mets got a sliver of good news when Wilmer Flores returned from the DL on Sunday and was able to play third base in Wright’s absence. However, Flores was slow to get going before his DL stint and is hitting just .170 this year. He’ll also be needed to at least share the duties at first base while Duda is out, so he’s not necessarily a long-term solution at third base.

The Mets are hopeful that the medication Wright has received for his neck will work and he’ll be able to return to the lineup on Tuesday. However, Collins expressed concern on Monday that he may need to go to the DL. Moreover, considering all that has ailed him this year, even when Wright is in the lineup, it seems like it’s only a matter of time until the next injury pops up, creating even more problems than the Mets anticipated for him this season.