Injuries Continue To Pile Up for Struggling Rays 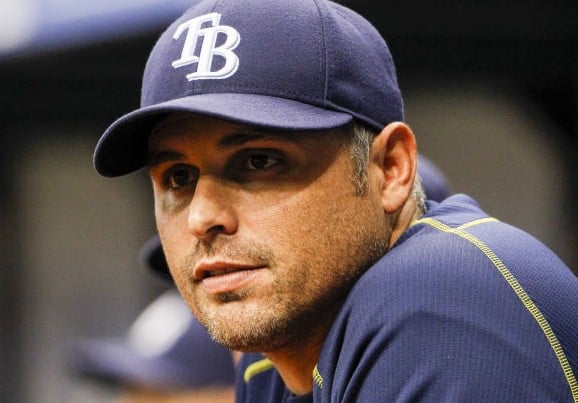 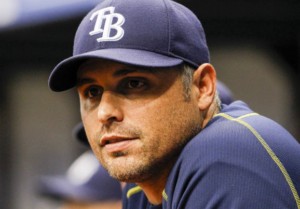 With five straight losses on the trot, things are not going well for the Tampa Bay Rays, who are currently six games under .500 and 8.5 games out of first place in the AL East. Things don’t figure to get much better for them any time soon either, as the team’s injury situation is getting out of control. The Rays have been forced to send outfielder Mikie Mahtook to the DL after he broke his hand getting hit by a pitch on Monday, and there’s a chance infielder Steve Pearce may join him in the days to come with a hamstring injury.

Tampa’s injuries problems started a month ago when center fielder Kevin Kiermaier was forced to the DL after breaking two bones in his hand. Kiermaier had previously emerged as one of the best defensive center fielders in baseball and was starting to come around offensively. His injury forced the Rays to bring up Mahtook, whose injury will force the Rays to dig even deeper into their farm system.

Since Kiermaier’s injury, the Rays have also lost Brandon Guyer to a hamstring strain and Steven Souza Jr. to a hip injury. Guyer was having the best offensive season of his career when he went down, while Souza was also working his way towards a breakout season, slugging 10 home runs and 10 doubles in his first 57 games of the season. With Mahtook out, the Rays now have four outfielders on the DL, with none of them expected to return any time soon.

The Rays are starting to scrape the bottom of the barrel when it comes to the outfield. Corey Dickerson, who was expected to be Tampa’s primary DH at the start of the season, has already started 23 games in the outfield. The Rays have also had little choice but to continue play Desmond Jennings, despite his immense offensive struggles, as there simply aren’t any other options.

With his versatility, Pearce could have been an option to fill the void in the outfield; instead he will sit for a couple days while the team evaluates his injury for a possible trip to the DL. Even worse, Pearce has by far been Tampa’s most productive offensive player this season, which will make matters exponentially worse for the Rays if he also has to go to the DL.

Tampa manager Kevin Cash can’t believe how dire the injury situation has become. “We’re shaking our heads,” Cash says. “It’s a frustrating time right now, there’s no doubt about it.” Cash says the only thing the team can do is keep going and continue to play hard. “This organization believes, we believe, I believe and I think, most importantly, our players believe we can kind of right this ship,” he says, “I like the way the guys keep coming in and continuing to be positive on a daily basis.”

But with an outfield that’s full of injuries and a team that’s 13th in the American League in runs scored, it’s hard to envision a road back for the Rays in 2016. Tampa Bay is already in a rather deep hole in one of the most competitive divisions in baseball, and with no apparent help on the way, there seems to be little hope for a team that right is just trying to stop its five-game losing streak, let alone win enough games to crawl back into contention.