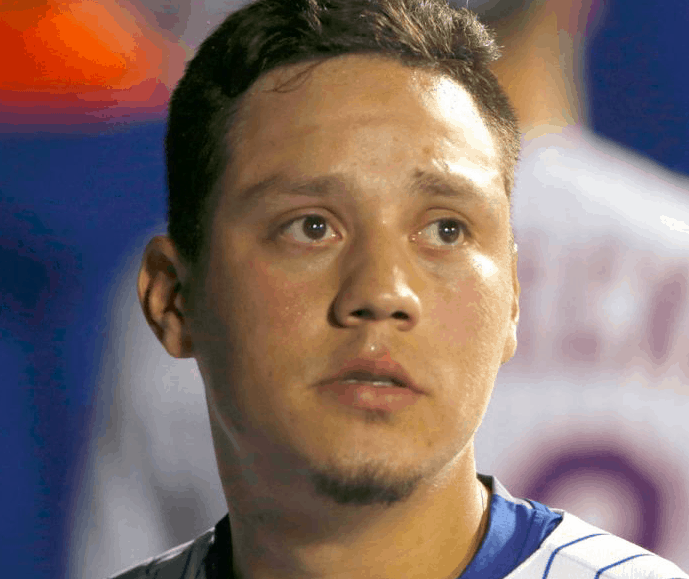 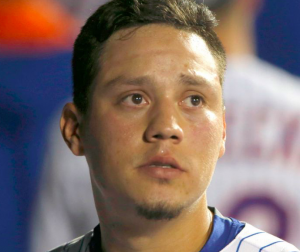 The New York Mets have grown accustomed to dealing with injuries in recent years, but what the team has experienced in recent days may take things to another level. In the span of 48 hours, the Mets have seen five players suffer injuries that have forced them to the sidelines, at least temporarily. The Mets lost Thursday to the Phillies with three different players on the active roster held out of the starting lineup because of injury. They also began Friday’s series against the Nationals with three active players unavailable, and that was even after the team placed Lucas Duda and Wilmer Flores on the DL.

Duda suffered a hyper-extended elbow during a collision with a runner at first base during Wednesday’s game. The Mets held off on putting him on the DL right away but were forced to do so on Friday because of the rash of other injuries on the team. The team does not have a timetable for his return.

Meanwhile, Flores has been hospitalized with an infection in his knee. His knee was sore for a couple days before seeking treatment. Flores is expected to remain hospitalized over the weekend to treat the problem, and the Mets are hopeful he’ll be quick to recover.

“The infection is in the joint,” Mets manager Terry Collins told reporters Thursday. “These types of infections, that’s where they go. I’ve unfortunately been around them, and they can be very bad unless they’re taken care of immediately.”

With both Duda and Flores on the DL, the Mets have been forced to start Jay Bruce at first base both Thursday and Friday. Bruce entered the season with just three career starts at first base, and barring a roster move, he figures to get most of the time at that spot until either Duda or Flores returns. However, the silver lining is that with Bruce at first base, it’ll be easier to get Michael Conforto at-bats in the outfield.

Unfortunately for the Mets, the injuries don’t end there. Yoenis Cespedes injured his hamstring in Thursday’s loss to the Phillies. The club originally called the issue a cramp, but Collins has since admitted the problem was more than a cramp. Cespedes is expected to be out of the lineup through Sunday, meaning he’ll miss all three games against the division-leading Nationals. The Mets are optimistic he’ll be able to return sooner rather than later, but it may be too soon to tell.

“We can afford to lose Cespedes for this series,” Collins said Friday. “But I don’t want to lose him for three to four weeks.”

The Mets are also dealing with what they hope are short-term issues with catcher Travis d’Arnaud and shortstop Asdrubal Cabrera. d’Arnaud was able to pinch hit on Thursday but was scratched from Friday’s lineup because he still can’t throw the ball after suffering a wrist contusion on Wednesday. Cabrera also has a hamstring injury, and while he’s capable of pinch-hitting, it’s unknown when he’ll be back in the starting lineup.

On top of all that, Jacob deGrom was scratched from Friday’s scheduled start and pushed back to Saturday because of a stiff neck. The Mets hope deGrom can return to the mound on Saturday, although Collins admitted that his availability is “up in the air.”

The Mets are obviously hopeful that many of their injured players will only be out in the short term. But until they get back, the team will be forced to continue playing short-handed or place more of their key players on the DL.

“I’ve got a good team. They’re only good when they’re playing,” Collins said Friday. “I know when the weather warms up, this is going to change. I hope it warms up fast. I want our fans to be entertained.”