It happened a few nights ago when the Houston Rockets faced off against the Oklahoma City Thunder in a potential first-round playoff preview and a battle between MVP candidates. Late in the game, James Harden came crashing down on his wrist. The pain and discomfort were enough for him to leave the game, but afterward, he said he doesn’t expect to miss any time.

So far—he hasn’t missed any time. But the more he plays, the more it becomes evident that it might be best for him–and the team–if he takes a few nights off. 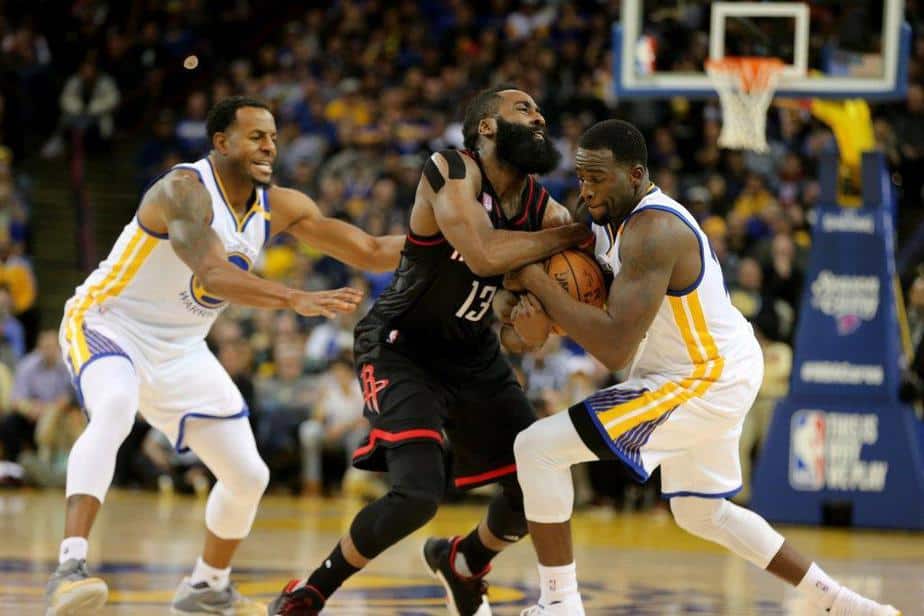 Harden will not want to do it, and will likely object strongly to even the thought of sitting out. In the midst of what is considered a very tight race for MVP, missing a few games could kill his chances—especially if Russell Westbrook ends up breaking Oscar Robertson’s triple double record while Harden is on the bench.

However, while the individual accolade would be nice, Harden and the Rockets need to keep the big picture in mind. They are a legitimate threat to win the Western Conference this year, but they will not make it past the semi-finals (and the San Antonio Spurs) with Harden at anything less than 100 percent. 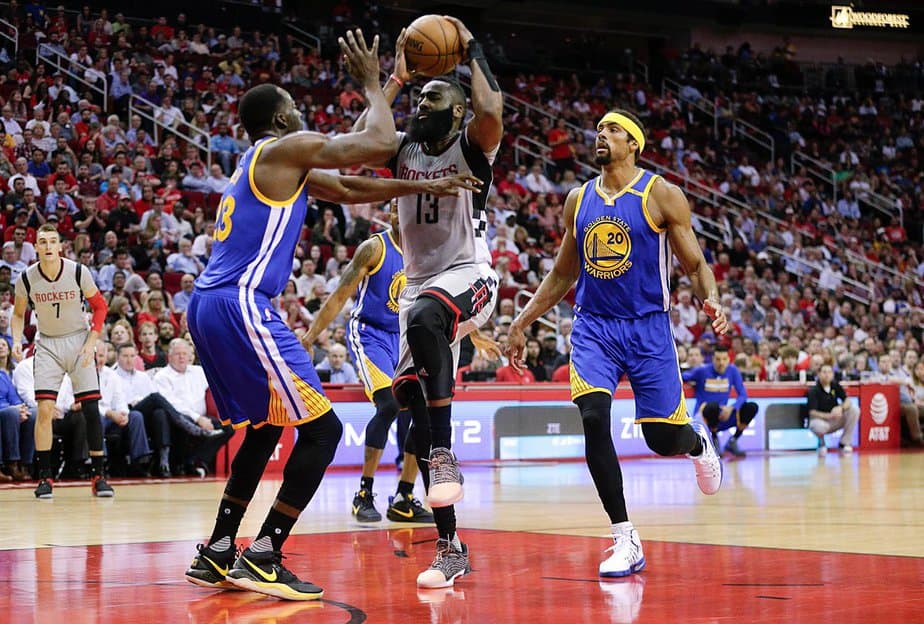 Since injuring his wrist against the Thunder, he has clearly not been 100 percent:

His shot has clearly been affected.

It almost didn’t matter in both games against the Warriors. After a terrible first quarter had put them in a 17-point hole the first time, the Rockets managed to pull within five late in the game only to lose by seven. Harden finished the game with a triple-double (24 points, 11 rebounds, and 13 assists) but scored most of his points from the free-throw line.

In the second game, Harden’s struggles didn’t matter as much (at first) because the rest of the team played (and shot) so well—well, for three-quarters of the game at least.

Houston led by five at halftime and by two in the fourth quarter, but couldn’t buy a shot in the fourth quarter. With the game on the line, they ended up missing 11 of their final 12 shots. Golden State outscored the Rockets 24-13 in the final quarter to secure their tenth consecutive win, 107-98.

“Three days ago at home, we spotted them 17 points, and then we got back in the game, and it didn’t work our way,” Harden said after the game. “Tonight, the same way, we controlled most of the game, we couldn’t score the last seven minutes or whatnot.”

Would a healthy James Harden had been able to make a significant difference in the outcome? When you consider Harden had his hands on the ball on 31 of 34 half-court plays and the team only shot 27.3 percent on them—yes, a healthy Harden could have made a difference.

He didn’t shoot on all of them, of course, but when your superstar is not playing well (Harden is 20-68 over the last three games), the team suffers.

Maybe Harden just needs to do what the Warriors did before their winning streak started. Since they sat their stars against San Antonio a couple of weeks ago, they haven’t lost, and everyone has played better. So, maybe he just needs a night off to clear his head and refocus so the team can get back on track down the stretch. 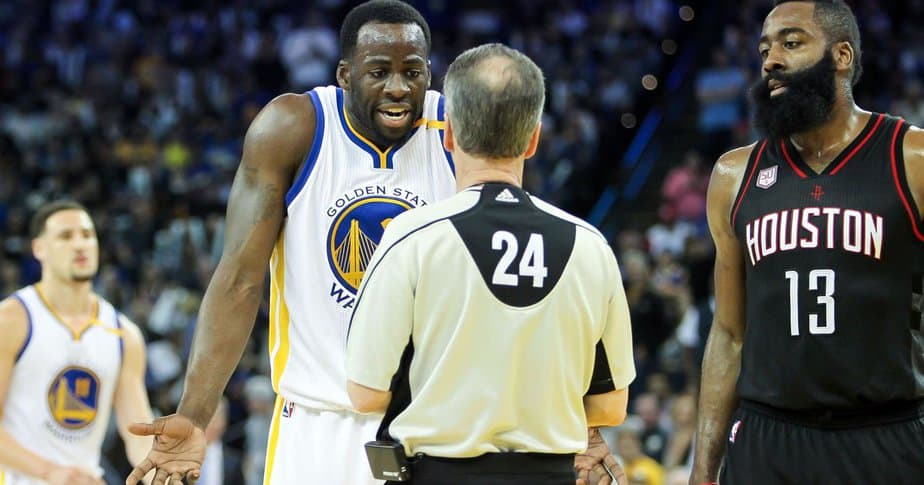 A little time off will also keep anyone from aggravating the injury for him. Draymond Green admitted after the game to hitting Harden’s injured wrist on purpose:

“He pinched me, so I punched his wrist,” Green said after the game. “That’s pretty much it. He does it often actually, which is kind of adolescent, but whatever.”

The irony of his comment notwithstanding, while Green may admit to trying to hurt Harden, most guys will not. But that doesn’t mean they will not try. Plenty of guys would gladly aggravate an opponent’s injury if it meant increasing their team’s chances of winning.

So—give the man a break, Mike D’Antonio. Do it now before someone else chops his wrist, and he’s down for the count. Yeah, the Rockets may not have the No. 3 seed locked down yet, but what is more valuable–James Harden or being the No. 3 seed rather than No. 4?