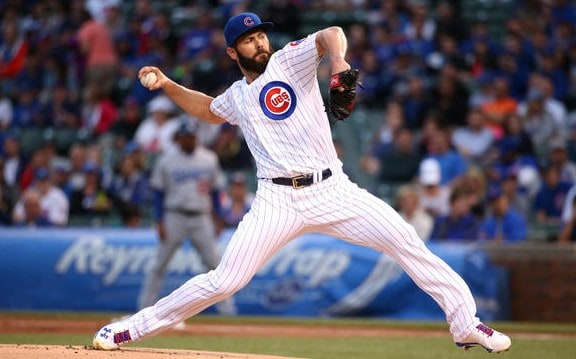 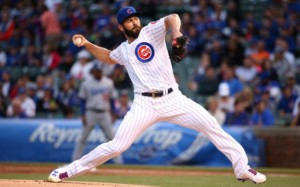 One of the most impressive streaks in modern baseball came to an end on Sunday. Chicago Cubs’ ace Jake Arrieta was credited with a loss after winning 20 consecutive decisions. The last time Arrieta lost a regular season game was July 25 of last season, more than 10 months ago; he did lose a postseason game during last year’s NLCS against the New York Mets.

Arrieta did not pitch poorly on Sunday against the Arizona Diamondbacks, as he registered 12 strikeouts in just five innings of work. However, he was not his normal, dominant self, surrendering three runs on nine hits, and without enough help from his offense, the Cubs and Arrieta lost to Arizona 3-2.

Before Sunday, Arrieta went 23 consecutive starts without a loss, winning 20 games in that span. Arrieta’s 20 straight decisions without a loss is tied for the third most with Roger Clemens since 1913. Carl Hubbell owns the record at 24 wins, with Roy Face second on the list with 22 straight wins.

After the game, Arrieta gave plenty of credit to the Diamondbacks. “They had a pretty good approach. They made me show I had the ability to throw strikes or get in the strike zone early with the intent of getting in some hitter-friendly counts. The pitch count got up.” Arrieta also lamented the fact that every ball the Diamondbacks put in play seemed to find a hole.

Chicago manager Joe Maddon echoed that sentiment. “Jake had great stuff. Any time they put the ball in play, it found an opening. Give them credit. They worked really good at-bats.” Maddon added, “That’s the freaky part about this game. It’s what makes it so wonderful.”

Arrieta didn’t have much to say about the streak coming to an end, calling it, “a good run.” Despite suffering his first loss of the season, he still owns a 9-1 record and 1.80 ERA on the season. For the Cubs, the loss concluded an 8-2 home stand, with both losses coming in games started by Arrieta. For the rest of baseball, the loss is evidence that Arrieta is indeed human, although obviously there is plenty of evidence to the contrary as well.