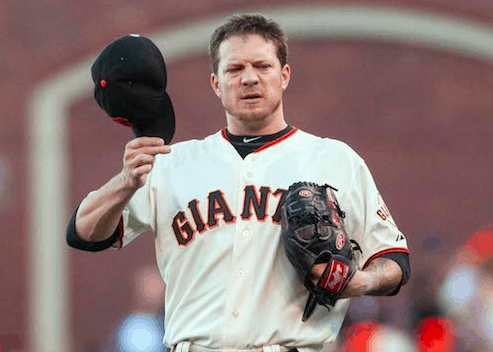 Posted on February 23, 2017 by Bryan Zarpentine 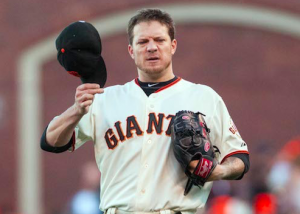 Jake Peavy, a 15-year major league veteran, finds himself at a crossroads in his career. Despite a career-high 5.54 ERA last season, Peavy is interested in continuing his career in the majors for as long as he can. However, he is currently dealing with a family issue that will delay when he signs with a team this season, as Peavy doesn’t want to return to baseball until he can give a team his full attention.

Peavy is currently navigating through a divorce, which is where most of his attention is going to these days. His wife of 15 years, Katie, filed for divorce last fall, and the proceedings aren’t scheduled to be finalized until later this spring. Peavy spent the winter trying to stabilize things for his four sons amidst the divorce, forcing him to put baseball on the back burner. He plans to return to baseball in due time, but not until he takes care of things on the home front.

“It hurts not to be in spring training,” Peavy explains. “I know that day is coming, but right now being a dad is absolutely No. 1. There’s no way in a million years that I could leave my boys at this time.”

Aside from his divorce, Peavy is still reeling from being the victim of a Ponzi scheme last February that cost him millions of dollars. A recent settlement will help Peavy recoup some of the money, but dealing with the issue last season took away some of his focus and passion for being on the mound, which may help to explain last season’s struggles for the former Cy Young winner, who saw his ERA increase by nearly two runs from the 2015 season.

“It turned my whole world upside-down,” Peavy said of the Ponzi scheme. “For the first time ever, it was hard to give my 150 percent focus, time and energy to baseball. It was such a tough year, because everything I have built and played for was jeopardized to some degree.”

Peavy is being forthright about his personal issues because he doesn’t want teams to think that he has not signed yet because of an injury. He wants teams to know that he’s taking time to take care of his family, and that when he signs with a team it’ll be because he’s ready to completely devote himself to baseball once again.

“I’m not shying away from getting divorced,” Peavy says. “It’s not something I’m proud of or something I wanted or asked for, but it happened and I’m dealing with that. But I also have four boys I’m responsible for in life, and I just feel deep down that it’s in my best interests and my family’s interests to be there through this time. When I sign with a team, I’m all in. For me to leave right now with so much uncertainty in my life, it wouldn’t be fair to an organization and it wouldn’t be the right thing to do as far as being a dad.”

Peavy’s agent has reportedly spoken with several teams this offseason, including the San Diego Padres, the team that drafted him and gave him his first chance as a major league pitcher. However, if he doesn’t sign until late in spring training or after the start of the regular season, it could change the teams that have interest in Peavy.

On the plus side, Peavy could end up benefitting from not pitching a full season. One American League scout said that Peavy is “probably better suited for a second-half run when he’s fresh and you can get the best out of him.”

Perhaps most importantly, Peavy wants to pitch and believes he can still get outs against major league hitters. Just because he’s not currently with a team, doesn’t mean the 2017 season will come and go without Peavy making an appearance.

“I still believe with all my heart that I can do this and do it at a high level,” Peavy says. “It’s like I tell people, ‘I don’t play baseball. I’m a baseball player.’ It’s who I am. And I just know my days aren’t finished.”