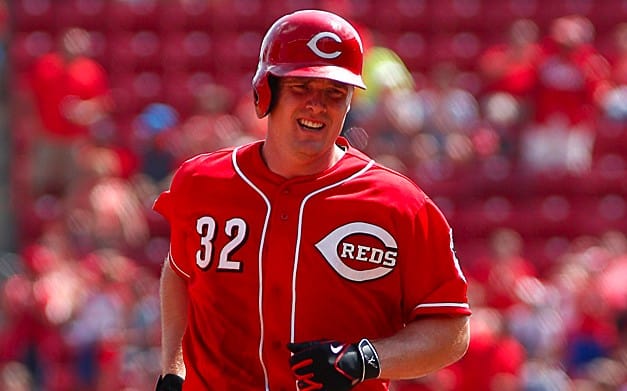 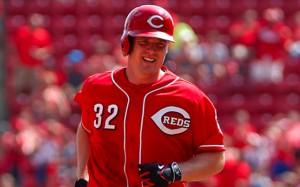 Cincinnati Reds right fielder Jay Bruce was not in the starting lineup Sunday as his team closed out a series with the San Diego Padres. He was originally in the lineup, but manager Bryan Price decided to take him out and give him the day off. The move has prompted speculation that Bruce could be traded less than 24 hours before the non-waiver trade deadline, a scenario that appeared likely a few weeks ago.

“Nothing has happened, but I’m just giving him the day off today. It’s a little bit of a mental blow,” Price explained after releasing his final lineup for Sunday’s game. “This kid has been through the ringer with this for a couple of years. And it’s tough, because he loves it here. It doesn’t mean anything is going to happen. We might be playing Tuesday with Jay in right field. You can only imagine what it’s like to be out there, not knowing exactly what your future looks like. I’m not doing anything based on a request by him or anyone else.”

“Obviously, I like to play every day. Obviously with everything going on, they just wanted to kind of give me a breather,” Bruce said about getting the day off right before the deadline. “It’s been tough. This has been the most crazy situation I’ve ever dealt with in baseball. I’m an employee. I’m following what they tell me. I respect their decision.”

Bruce has admitted that the possibility of being traded has been on his mind quite a bit. “I think that’s just the nature of it. I really pride myself on dealing with this stuff professionally, respecting everyone else,” he said. “The thing I did not want to happen that has happened a little bit, it’s kind of consumed the clubhouse. I don’t ever want to be a distraction.”

Bruce currently has the highest OPS of his career at .875, and with 25 home runs at this point in the season, he has a chance to match or exceed his career high of 34. This could make him an impact player for a contending team, as well as a valuable commodity with a $13 million club option for 2017. Bruce does have a no-trade claus that could allow him to veto a trade to eight teams, including the Cleveland Indians, who had a trade with the Milwaukee Brewers vetoed by catcher Jonathan Lucroy earlier in the day.

At the moment, the Los Angeles Dodgers and New York Mets appear to be the two teams most closely linked with Bruce. A potential three-team trade that involved Bruce going to the Dodgers fell apart over the weekend, but that has not stopped Los Angeles from trying to acquire the lefty slugger. Meanwhile, the Mets are reportedly out of the running for Lucroy after making a push for the Milwaukee catcher, possibly leaving Bruce as their last chance to land an impact bat before the deadline. Of course, the Mets already have plenty of left-handed bats in their outfield and may also need a center fielder, which Bruce is not, after Juan Lagares went to the DL earlier this week.

The Indians are also said to be involved, perhaps more so after the Lucroy trade fell apart. Cleveland could definitely use an impact offensive player like Bruce, who would have to approve a trade to the Indians but may be more wiling that Lucroy to waive his no-trade clause to join the Indians. A handful of other teams have also been linked to Bruce in recent days and could emerge as viable destinations for him at the last minute depending on a variety of factors.

With Bruce being under contract for next season, the Reds aren’t under any pressure to trade him right now. He’s also a player that could pass through waivers and be traded in August. Of course, in the midst of such an outstanding season, his value on the trade market may never be higher. It’s certainly no coincidence that Bruce was out of the lineup on Sunday, as there’s every chance he could be traded within the next 24 hours.